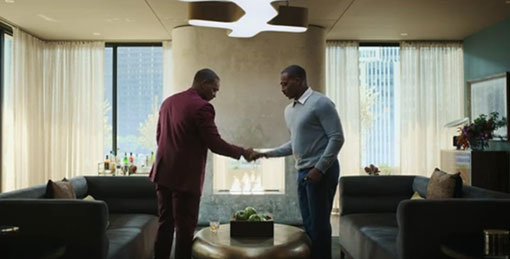 Obviously the answer to the question is yes, otherwise people aren’t seeing things like The Boys, The Marvelous Mrs. Maisel, or Invincible, but I feel like just in general, you don’t often hear people really talking about the things they watch on Amazon Prime Video.

Sure, people talk about the aforementioned titles, but it’s not often (at least in my little world) where I’m hearing people talking about the random things they’ve caught on APV, nowhere near the clip in which people are randomly perusing Netflix and discovering all sorts of random, obscure and out-of-the-mainstream things.

It’s like Netflix is the Coca-Cola of video streaming platforms, where people associate all streaming content to maybe be associated to Netflix first, and then when corrected, they’re more like “oh, okay,” like when a customer sits down at a restaurant and orders a Coke, but is corrected by the server that they serve Pepsi products.

I recently watched through Solos on APV, and I found it to be a fairly refreshing and short seven-standalone-episode anthology at around 30 minutes per episode, which is kind of perfect for my needs and wants these days.  It was sort of an anti-Black Mirror, in that the stories were more emotionally heartfelt and uplifting as opposed to dreading and pessimistic, but from what I understand, this series was entirely shot during the pandemic, so it was kind of perfect that the format was almost entirely solo actors performing a clinic of monologues.

FYI, if you’re a fan of monologues, then this is the series for you.  It’s also very thought-provoking, doesn’t dumb things down for the viewer, and all pretty well written in my opinion.

The thing is, it was a series that I had never heard of before, and just happened to stumble across it, because I didn’t feel like getting drowned in content paralysis from Netflix or Plex, and decided to drown in APV instead.  It makes me wonder how a series like this can go so unnoticed (at least to me) considering it had some pretty high-tier star power, between featuring performers like Morgan Freeman, Anne Hathaway, Helen Mirren and Anthony Mackie among others.

And even after finishing Solos, and perusing through APV’s general library, there are all sorts of interesting sounding titles that I’ll probably explore in the future, which got me wondering why nobody in my little world talks about any of these.  It’s not like everyone these days doesn’t have a Prime account and wouldn’t have access to any of this, but it’s just that APV among other non-Netflix streaming services must clearly face this constant uphill battle that, if you not Netflix, then you not a player, but if people would just become aware and just give them a chance, then it seems like there’s even more oceans of content to drown in choice paralysis alternatively.

But as far as I’m concerned, APV really is a legitimate player, but I’m curious to know if it’s just me, or if other people out there also realize that or not.