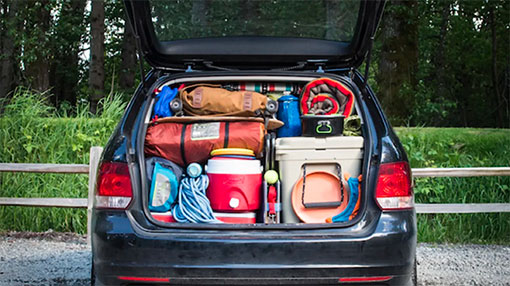 When my older sister had children, she explained to me one day that doing anything with toddlers is basically a game of 15-minute chunks of time.  An ordinary run to the grocery store or a trip to Target which would ordinarily not take a tremendous amount of time has its time multiplied several times over due to the necessity of preparation to accommodate a toddler(s).  Naturally I understand, but it was one of those things that I hoped that when I had my own kid(s), if it was something that I might be able to improve upon or be more efficient with, because I’m always all for trying to find out how to make processes more efficient.

Over the weekend, we decided to take my child to the pool.  In spite of the weather, the skies opened up, the sun was bursting, and it looked like a scene right out of a Disney opening sequence.  So with the pool decided, the clock began ticking for preparing for a seemingly pedestrian trip to the neighborhood pool:

25 minutes later, we’re in the car on the way to the pool.  Our window to enjoy the pool limited to the next daily milestone, which would be dinner at 5:20 for child.

But, as we pull into the pool lot, I see the first drips of precipitation on my windshield.  Undeterred, I say it’s just light sprinkles, and we get out of the car and prepare to go poolside, and wait under umbrellas if it gets any worse.  As I lift the hatch to my car to start unloading, the sky just decides to say fuck you, and suddenly it’s raining again, despite there being no clouds in the sky.

Trip to the pool dashed, we crankily went back home, with no pool enjoyment to be had.  My afternoon was effectively dashed and I was agitated the rest of the afternoon.

Frankly, this is hardly the first time that the game of 15-25 minutes just to execute has come into play, but it was definitely a prime example of how it affected things so immediately, and in spite of my desires to be a more efficient and higher executing parent, it’s a steep climb to not fall into the same pitfalls that all other parents probably do.