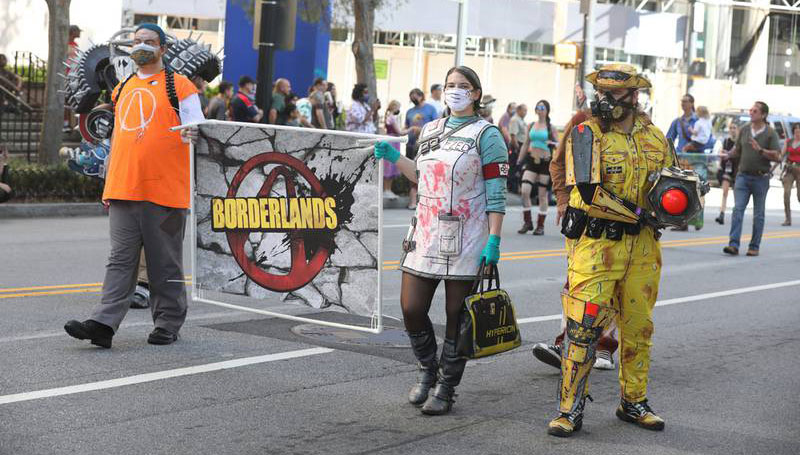 Over the weekend, I observed over social media as people converged on Atlanta over Labor Day weekend for Dragon*Con.  Obviously, my complicated relationship with the con and cons in general notwithstanding, I’m happy for the people who still get tremendous amounts of enjoyment them, and I’m a little envious that they’re able to get to a place where they can, because I sure as shit couldn’t seem to anymore.

Regardless, I couldn’t help but observe with, for lack of a better term, fascination at the fact that it was still going on.  Last time I checked, the world is still very much in a pandemic, coronavirus is never going to go away, and even in spite of people getting vaccinated, there are still hundreds of thousands of people in the world, hidden in plain sight, that are among us, unvaccinated, uninterested in getting vaccinated, and content with being vulnerable and spreading sickness.  And contrary to the belief that all Dragon*Con-going geeks are all liberal vaxxers, there are obviously going to many among the throngs of people attending the con, who aren’t, whom might be carrying, and whom could be the ones to turn the whole thing into a giant tragic superspreader event.

Anyway, throughout the weekend, I’d see various people doing the usual spiel of posting their photos, be it of themselves in costume, drunk selfies, the usual humblebragging of I’m here you’re not, and all sorts of glimpses of what’s going on downtown.  And depending on the source would determine just how many masks were seen, or not seen, and I have a hard time wondering what I found more sad: all the people running around the convention without masks, or all the people with them, having to add them to their costumes, preferring to look a little out of place, but considerate to the health of others.

Like I’d see pictures of Starlight from The Boys wearing a mask, or Batman wearing a mask over the cowl, obscuring 100% of skin at that point, and I’m thinking, kind of weird, but at least they’re taking health rules as serious as voluntarily going to an event that draws well into the tens of thousands.

But then I’m seeing photos of people in room parties where nobody’s wearing a mask, or the usual mish-mash of humanity that all conglomerates at the Marriott or the Hilton, and my skin is crawling at the idea of so much regurgitated air being cycled among people, potentially spreading disease.

But that’s just the shit going on through my head.  Obviously, I wouldn’t have gone to the convention even if there were no pandemic, but there’s absolutely no way in hell that I would have gone, even if I were still gung-ho about conventions.  All the same, I still hope all of the friends of mine who went still had good times, and are hopefully healthy and symptom free in the weeks after the con.  If conventions drove me away without a pandemic, who knows if and when I’ll ever get back into them in the future again.