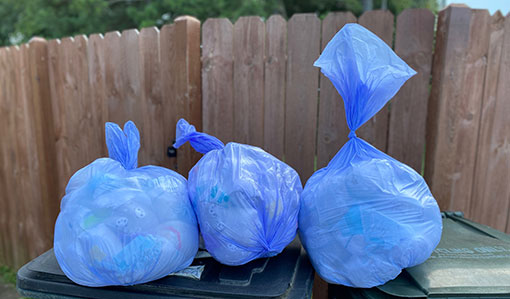 Oof.  Even out of context, writing those words stings, and I hope that I’ll never have to write those specific words again.

But yes, mythical wife took #2 and went to go spend a few days with her parents, and I am at home with #1.  No, this did not stem from a fight and we’re already on the rocks after two years of marriage.  It was a call that she made on account of observing the fact that I’ve been operating at a stress level of 170 out of 100 and it’s only been getting worse over the last few weeks as the job that I’ve already lost my favor for tends to get seasonal this time of year, adding to the fuel of anxiety, frustration and negative short fuse, and that I could use a little bit of a break in from the constant screaming and very hands-on requirement of #2.

She’s not wrong at all, but the days leading up to this, I had a hard time digesting the whole plan, no matter how much I actually did need some quiet time.  No matter what anyone tells me, I can’t help feel a sense of failure or shortcoming at being a partner and father to my children, because I have been becoming increasingly short and miserable dealing with two under two, and the sheer lack of time I’ve had since the arrival of #2 to occasionally catch my breath, decompress and feel like a normal human being again.

But I really did need a break.  Pretty much since #2’s arrival, I haven’t had 30 minutes to myself where I haven’t been working, sleeping or being actively hands on as a dad, and the sheer lack of time to come back to earth has been grating at me and grating at me, every single night where I go to bed thinking about all the things I wanted to do but couldn’t do, and then it compounds each and every night.

As gross as it sounds, I’ve basically been showering once a week because I just frankly can’t find the time to do it more regularly.  Even though I know I’m getting grosser and grosser in between them, the time it takes to clean myself up seems more like a chore and a nuisance, and that I’d rather spend that 20 minutes doing absolutely anything else more self-serving than personal hygiene.

A similar sentiment exists for sleep itself, where in the past, I’d probably embark on the whole notion of revenge staying up late, where I’d sacrifice sleep for personal time because I’m so resentful that I didn’t have any time to myself that I’m going to take some in spite of the need for sleep.  Fortunately, cooler heads prevail most of the time, and I remind myself that the only ones getting hurt by me being gassed from not getting enough sleep are my wife and kids, and I opt to get sleep more often than making poor choices.

And as the days turned into weeks, my general state of being was not in a good place.  My patience deteriorated into nothingness, and just about every little thing would set me off.  #2’s frequent crying would grate at me, and I’d begun making more tasteless jokes about killing myself as a result.  All I was feeling was that every single day was wake up, work, and then clean, clean, clean baby stuff until it was time to go to sleep again, with nothing but feeding, diapers and thanklessly trying to calm a screaming baby in between everything.   And it basically began breaking me.

However, the notion that my wife has to take my fussy child away from me in order for me to not feel the like I’m burdened by responsibilities makes me feel sad, makes me feel defeated, and makes me feel overall lousy, even if it I am getting the opportunity to write in silence and stare at the wall in between the typing.  This is one of those instances where I do not feel like I have done well as a father, and it’ll probably stay with me for a while, but hopefully it will change my perspective a little bit, teach me a little more patience, and help me grow as a dad.