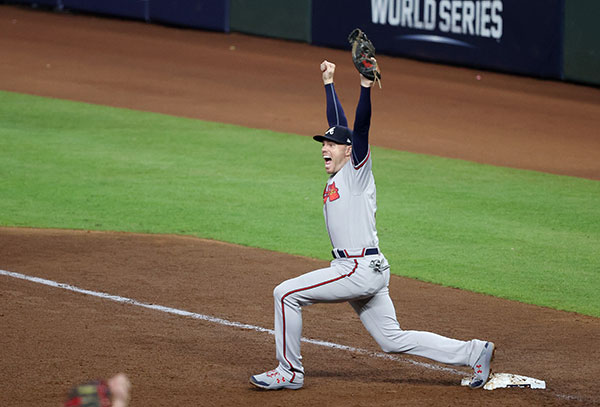 So many thoughts and emotions going through my head right now.  Will try to sort them out and compose more coherent thoughts later, when I’m not so tired and on the verge of ugly-crying happy.

But how can you not love baseball, where a team that had no business being in the playoffs ends up winning the whole goddamn thing? 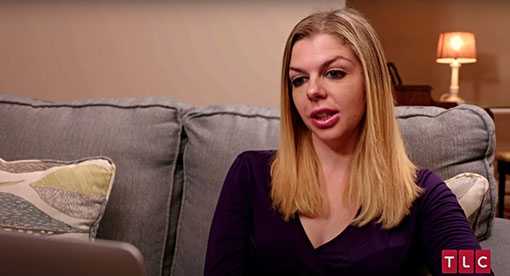 Catching up on this season of 90 Day Fiance: The Other Way, I had a thought that I’ve had multiple times but never really brogged about: what’s the possibility that there are some people on the show who are deliberately doing things knowing that it’s juicy television and will ensure their continued participation on the show?

Now I could be like 50 years late to the party and everyone else in 90 Day Nation is already aware that this is going on, or it can be more of a real question, in the sense that I’m watching the show, and I’m suspecting that some of the people or couples, are deliberately manipulating their storylines in order to remain on the show, where they can continue to hoover in participation money, get television exposure, and stay (in)famous and fresh in the eyes of viewers.

Case in point: Ariela, the girl from New Jersey who got knocked up by an Ethiopian guy, and moved to Ethiopia to have the baby and live there, hoping to actually grow and marry a relationship with the baby daddy, Biniam.  Her original tour of the show was pretty straight forward, dealing with the culture shock, Bini’s family, her family’s resistance to moving, and then the eventual arrival of the baby.

But with this recent season, she brings her ex-husband to come and visit, insinuates all sorts of unfinished business with him, and then goes back to America for a routine medical procedure for her son, and then supposedly goes full dark side, gets a bunch of laughably gross plastic surgery, and refuses to return to Ethiopia, which is actually something that had happened to Bini in the past, where a former baby mama abandoned him.

Like, these are all things that I can’t help but feel are a little too orchestrated, too conveniently inflammatory for the show to exploit, and all the reasons in the world to keep Ariela on the show.  She seems fairly bright and cunning, and I wouldn’t put it past her to do it, in order to keep TLC money coming in, and to potentially springboard all this cable tv exposure into something in the future, or to become a mainstay in the 90 Day Universe and get tapped all the time for spinoffs or specials.

I think Corey and Evelin, or the cuck and the bitch in Ecuador, are also gaming the show as well, because they need the money, and as doomed as their relationship is, I think they’re smart enough to realize that they need to keep the cameras rolling long enough to bilk as much money from TLC as they can before they can have the break up they’re destined to have.

However, this doesn’t apply to all cast members of the show; like the case of Jenny and Sumit, both of them are dumb as rocks, and Jenny can’t seem to understand that Sumit will never marry her, as he has an endless bag of excuses and reasons to never move forward.  I never laughed harder than when he has suggested traveling to Nepal to circumvent Jenny’s visa issues, because his own passport was absconded by his ex-in-laws and he doesn’t seem to understand he’s a grown adult and can get a replacement.

Kenny and Armando are the layup of the season, Steven and Alina are too young and stupid to game the show, and Ellie and Victor are living too real of a situation, dealing with hurricane cleanup to be in a position to be gaming the show.

The point is, I’m just not coming to the realization, that there are clearly a lot of participants in the show’s history, where they’re gaming the system and artificially injecting plot lines and twists in order to remain on the show.  Some more obvious than others, but there are obviously sometimes gamers amidst those seeking foreign love.

Blowing the dust off this ‘ol category here . . .

Good thing I don’t drink Hennessy, because this is the kind of shit that would make me stop if I did: some hokey campaign or promotion called “Original Odyssey” supposedly meant to feature Asian culture.  First episode, the one being pushed to the moon to help boost the awareness of it, starring two hafus, Henry Golding and Liv Lo.

Yes, it’s shitty to go all Asian-on-hafuAsian criticism because Asians in general don’t need any more bullshit piled on top of them, but this is more to criticize Hennessy for trying to do some sort of Asian awareness, but still being racist and superficial enough to only draft guys like Henry Golding to be their spokespeople.  The guy is about as Asian as Chinese food in America and has a fucking British accent.  His wife is half Italian, and between the two of them, they have the gene pool for a single Asian.

But then they go blathering on about just how Asian they are and pretending to make Singaporean rib soup, chasing it with some shitty spirits, and I’m rolling my eyes wondering on whether or not to brog about this or not.  But the frequency in which I keep getting these ads in social media, and the right circumstances hit, here we are, with me hating on a bullshit campaign intending to be for Asian awareness, but coming from a company that doesn’t have the courage to actually feature any real Asians.

It’s like that episode of King of the Hill where the Laotian country club that Khan keeps getting denied membership to, talk about a golf tournament they’ll have where the greatest Asian golfer of all time is slated to show up: Tiger Woods.  It really is kind of like that joke.