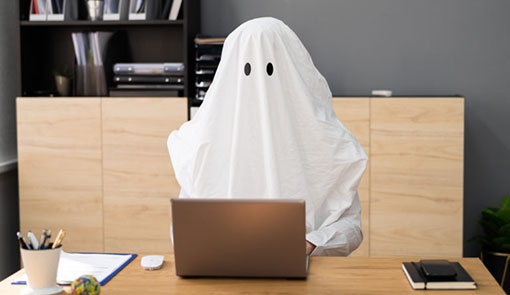 As if the job searching process wasn’t frustrating enough, today I had an initial screening with some company, scheduled between 4-6 pm, that completely ghosted the fuck out of me.  I am quite unhappy about it, and I’m not entirely sure what my next steps are at this point.

I mean, a 4-6 pm window was already a small flag to begin with, seeing as how there’s an implication that someone is going to be continuing to work after the traditionally conclusive 5 pm hour, but I always like to remain as flexible as possible, even with babies handcuffed to me, I can get out of those temporarily for a noble cause like job interviewing.

But when I didn’t get a call early on in the 4 pm hour, I snidely remarked to mythical wife that, watch them reach out at like 5:55 pm.  But by the time 5:30-ish rolled around, I began to think that there was the possibility that they weren’t going to call me at all.  Sure enough, the clock hit 6 pm, there was no call, and worse off, there was no email or any sort of message or notification that this wasn’t going to happen.  I had just been ghosted.

The thing is, I had actually emailed the recruiter earlier in the day to see if they could narrow down the window of time, so that I could make sure my children were accounted for, plus the question on whether this was going to be a phone call or a video call, since all correspondence prior had been fairly informally through email.  That message was surreptitiously not responded to, which did slightly tingle my Spidey-sense.

So job ghosting really is nothing new to today’s spineless world, but most peoples’ stories about job ghosting is that the ghosting typically occurs after the interview, in which people’s hopes are high after landing an interview, and then doing the interview, but then never hear jack shit from the potential employer again.  However in my case, the ghosting happened before any sort of verbal communication could even happen.

Who knows, it could just be some recruiter just being bad at their job and genuinely making a mistake and maybe tomorrow I’ll get some apologetic email about how they’re soooo sorry for missing it, and try and schedule some other immediate time, or maybe they really are just a fucking asshole and decided to ghost me, after getting me to commit to a time appointment.  Frankly, I don’t really know how I’m going to react regardless of which of these outcomes is.

Honestly, this isn’t even really a job I’m that genuinely interested in.  I’m pretty sure it’s not remote, the area it’s in is a traffic shitshow, it might be considered a step backward from where I’m at, and the only reason I applied to it in the first place was that Glassdoor said the high-range of the salary was something I’d have been interested in, which means it’s probably nowhere near it, and I felt that I was a shoe-in to get their attention based on my current employer, which actually proved true, since they reached out to me, even if they did ghost me.

That being said, seeing as how I’m below lukewarm about this company in the first place, and don’t think I’m going to lose any sleep by severing this bridge, I kind of want to email or even call and try and get in someone’s e-face, and say my piece about how I don’t appreciate the time commitment I made being wasted by their lack of professionalism.  Or if it was an honest mistake, do I retaliate by ghosting them in return, if they dare to reschedule?

The likelihood of me enacting any sort of ghosting is probably not high, seeing as how I live my life a quarter mile at a time by the general rule of treat those how I’d want to be treated, and even if they ghosted me first, I fucking hated it and wouldn’t want to be ghosted, so I probably won’t be doing any ghosting no matter how much I’d really want to.

But it’s fun to imagine. 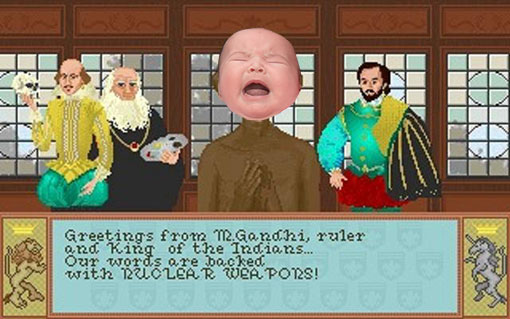 As much bitching and moaning about how hard being a dad is and how much my life sometimes feels like it’s sucking because of my inability to cope with the stress of parenting, when my head is less foggy and slightly clearer, things really aren’t that bad.  I’m sure any dads who might stumble across my brog might interpret fatherhood as being the most arduous thing on the planet, but I have no regrets and I love my daughters and my family, no matter what I say or put in writing.

All that said, as difficult as I might make my second daughter seem, things really have gotten better throughout her brief passage of time on this world.  The crippling colic is still happening, but instead of happening like 3-4 times a day, we’re typically down to 1-2 really bad colic incidents, so with that in mind, I want to jump out of a window less these days than I did on the days when it was worse.

However, if there’s one thing that has remained a constant throughout, is that #2, really, really objects to the act of being put down to sleep, regardless of how much she might actually want or need it.  No matter if she’s a sweet and cooing cherub two minutes prior, shortly after setting her head down in the bassinet and putting her into her sleep sack, when she realizes that I’m trying to put her down for sleep, the fussing begins, ramps up and eventually turns to screaming, which either escalates into colic screaming, or just a whole lot of crying.  Eventually, hopefully, she tires herself out, latches onto the pacifier and then I can turn on the motion to the bassinet, where she eventually passes out.  This is where I exhale a massive sigh, and creep out of the room as quietly as possible.

Attempting to put her down for naps, I’ve begun referring to as going to war, because that’s what it feels like, nearly every single time.  I’ve basically realized that when it comes to sleepy time, #2 basically is Gandhi from the Civilization game series, where he’s nice and peaceful, but the second you deny him the technology for granaries or aqueducts, he goes completely ballistic and is declaring nuclear war on you in two seconds.

That’s pretty much what it feels like dealing with #2 when it comes to trying to put her down.  Attempting to get her to sleep is akin to telling Gandhi that he can’t have my windmill, and therefore she declares nuclear war on me and screams her head off until I lose the game.

One day, hopefully, this will pass, and I’ll just be able to look back at a post like this and laugh and not want to cry myself from emotional scarring.