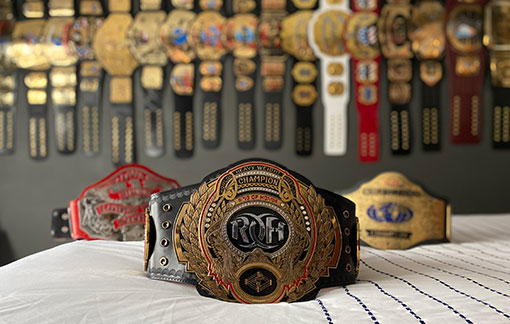 A problem I have (among countless others) is that I am not above getting a knockoff product, but if I know that a legitimate version of it exists, I’m going to want the official thing.

As my blet collection continued to grow, at one point, I picked up a Ring of Honor tag team blet, because I had an Amazon gift card that I had no idea what the fuck to use it on, and when one of my friends suggested putting it towards a blet, I countered with that all the blets available on Amazon were mostly all Pakistani knockoffs.  But then I went down the rabbit hole of double-checking, and lo-and-behold, there was some merchant selling official, Figures Toy Company replicas of Ring of Honor tag team blets, and with the gift card, it knocked it down to a far more reasonable price that I was willing to bite on.

But with a ROH tag blet in my collection, naturally I would want a ROH World championship blet.  However, little did I know that the version that I wanted, official versions of it were not only no longer produced, but the ones that existed were now considered somewhat of collectors items, because there was some sort of legal background involving designer and distributor fighting over rights and royalties, with it ultimately ending with the ceasing of production of the blets, and Ring of Honor being forced to redesign the World title in order to produce replicas.

Naturally, the things that I want are the ones that end up being rare and expensive.  Sure, I could’ve paid under $150 and gotten one of the countless reproductions made in Pakistan; all three of my New Japan IWGP blets are, but I justify those because official replicas are upwards of $2,000 and only like 1,000 are ever produced in typical Japanese short-selling.  But the thing is, I knew that official ROH World titles were out there and occasionally available on the secondary, and I had hoped to get my hands on one.

Worst part is, on two separate occasions, I went to ROH shows, once in Baltimore, and once in Dallas, and I saw the blet available at the merch stands.  But I’m rarely in the mood to plunk down $300 on the spot, so I passed in both instances, so it’s almost karmic that I would eventually be in this position later on down the road.

A little while back, I found an eBay listing for a ROH World championship.  The buy it now on it was $600, which was appalling, but not something I wasn’t willing to go to, seeing as how I had a nice little cache of blet money saved up from doing surveys for the last year.  But in true Danny fashion, I decided to test the waters of the Make Offer button, and in fairly quick succession, made two, probably insultingly low-ball offers, seeing if I could get the guy to ultimately bite when I went up to $500.  But before I could get to that point, someone actually swooped in and did the buy it now for $600, and I wasn’t sure whether to be relieved that I didn’t have to drop $600 on it, or feel sad that I missed out on an opportunity to get what I was now referring to as my Unicorn Blet.

END_OF_DOCUMENT_TOKEN_TO_BE_REPLACED 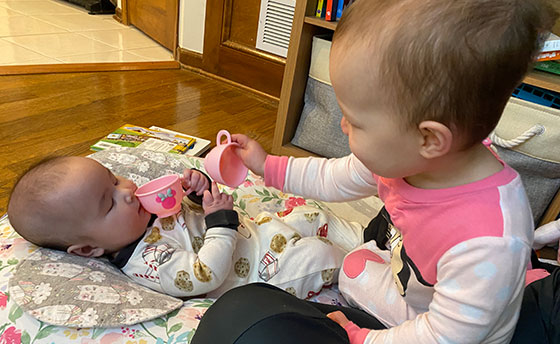 I’ll be the first to admit that it goes without saying that I’ve done a lot of complaining on my brog about the rigors and tribulations of fatherhood, twice over now.  That was never my intention, but that’s just the way things have panned out because parenting is really difficult, I knew it would be, but it still didn’t change the fact that things frustrated me, and I got stressed out and fried and all sort of defeated on a regular basis, especially since having a second.

More recently, I had a chat with myself, as I often do because despite the fact that I probably could benefit from formal therapy, I have never taken any steps to explore it, so I end up talking to myself a lot, mostly when I’m feeling frustrated and down in the dumps.  I’ve accepted the reality that over the last few months, I have been irritable and constantly upset, and I told myself just how sick and tired I was feeling of constantly being upset.

So I rebut to myself, to simply stop.  Just stop being so upset.  Stop it.

That being said, over the last few days, I’ve constantly been trying to coach myself to not give into anger too much, and even if I do get pissed about something, to let it burn as quickly as possible, and talk myself back from the ledge about how much it sucks to be upset and to cool my jets.

And as easy as it is to say to stop, it’s kind of helped quell my constant frustrations, and much like Peter Pan, I try to think happy thoughts alternatively, and enjoy little things about my kids and parenthood, because in the blink of an eye, this will all eventually be over when my kids grow up, and all I’ll have are memories of their baby years, and I want to counteract as much of the negative ones with as much positive ones as possible.

Once I got my head out of my ass, I took a video clip of my oldest, walking around in the yard.  Watching her progress from a frail premature baby to this boundless energy toddler marching all over our property is something I want to remember always, and it’s thinking like this that reminds me of the importance to try and capture moments so that I’ll always remember them and be able to relive these days, especially when they’re far back in the past.