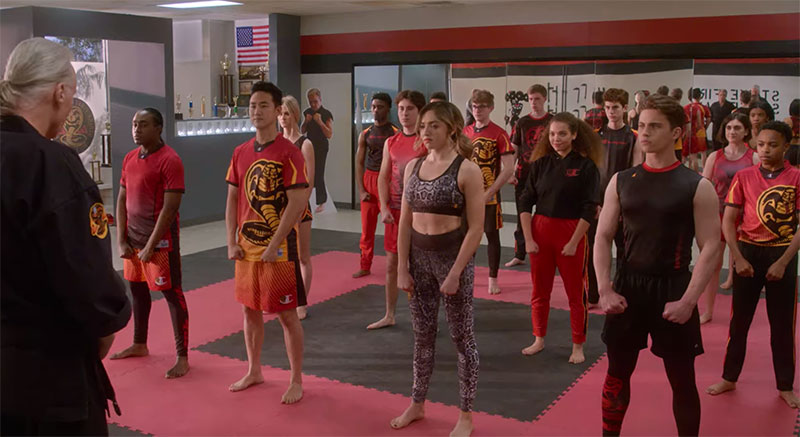 In my perception, athletic apparel company Champion, is kind of B-level.  In the past, they used to be among the pinnacle of the industry, being the official uniform sponsor of the NBA, among other notable partnerships.  But as time passed, I don’t know who initiated the changes, but Champion kind of fell to the wayside; the NBA seemed to allow individual teams to make their own apparel partnerships, and in most cases, Nike was the brand making jerseys and other apparel.  UnderArmour emerged, and the field began to get very crowded in athletic apparel.

Champion, kind of became a second-tier manufacturer in my eyes, and they weren’t nearly as cool as the aforementioned Nike, UnderArmour, or Adidas, among others.  When I went to Braves Spring Training for the first time, I always thought it was cool that their ST venue was called Champion Stadium, but didn’t realize until I got there that that was on account of the Champion brand sponsoring it, with their wordmark being on the façade of the building.

It made me tilt my head at the low-key lameness of it, in spite of the cool name.  The Braves have since moved out of Orlando, and fleeced the people of Sarasota to build them a $175M facility, but the point remains that even they, abandoned Champion too.

When I saw the mass unveiling of Cobra Kai training gear in season 4 (above image), my jaw did a quarter drop, at just how fucking baller and awesome some of it looked.  As much as I think the Kyler Park character is a total choad and a disgrace to Koreans, the shirt he and Kenny Payne and that rando white guy in the back are wearing, is a training shirt that I must have if/when they become available to the public.  And as the scene unfolds, you see that everyone is wearing some form of Cobra Kai gear, some more obvious than others, but they’re all, straight fucking fire.

And then, I noticed the Champion logos on everything, and suddenly, I’m like okay, okay…  If ever there was a way to climb out of mediocrity, associating themselves with a popular IP like Cobra Kai seems like as good of idea as any, if there ever was one.

Now, I’m no longer thinking Champion is such a B-tier brand, and was actively googling to see if and when there was a chance that all this baller gear was ever going to be available to the public.  And if this link is accurate, then yes, there will be.

Anyway, while I’m on Cobra Kai, let’s talk about season 4, and I think it’s safe to say that there will probably be spoilers written out.

END_OF_DOCUMENT_TOKEN_TO_BE_REPLACED 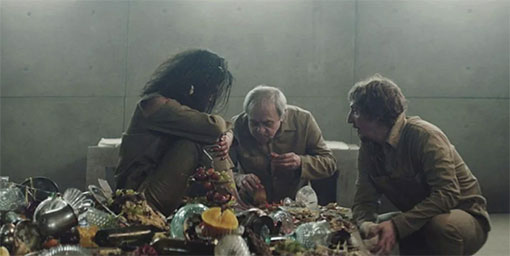 I didn’t really intend on doing another post about this, but I had an idea of an analogy in mind, but I never actually got to it, because when I get into the writing zone my fingers take over, and before I knew it, I had blathered on about stocks and I didn’t feel like making some bloated mega post about it and adding this into it when I could separate it and boost my post count instead.

There’s this film on Netflix I saw a while back, called The Platform.  I believe it was a Mexican film, but it was a rather good film, and I highly recommend it to anyone looking for something fresh and unique to rehashed American cinema and doesn’t mind reading subtitles or can understand Spanish.

Naturally, this means those at the top of the prison have the advantage of having the most available, and cream of the crop foods available to them, and as the platform sinks lower and lower into the prison, eventually runs out of food, leading to those in the lower levels to become violent and homicidal from hunger.

Spoiler alert, here’s the kicker: the amount of food on the platform could modestly feed every single person in the entire prison, if all the people could get on the same page and agree to only eat a set amount.  However, naturally that is an impossibility when you have so many different personalities, so it’s a system perfectly designed to ensure chaos is always maintained.

So, back to the analogy: at my job, every single department has a pool of money (the platform) in which employees typically get their seemingly given, annual 2.5% cost of living wage increase, at the very minimum.  There is a nominal amount more in the pool, for deserving employees to get a little bit than 2.5%, but for the most part, these pools are set so that pretty much everyone could get their, at the very least, their cost-of-living increase, because the world is always getting more expensive, and that 2.5% goes a long way with keeping up with society.

Over the last two years, I’ve received 1.68 and 2.2% wage increases, in spite of all the contributions I’ve made to my team.  I’m not trying to inflate my contributions to the team, but I did design the exact workflow and process that kept my entire fucking team afloat for the last three years, and steered the car steady despite it being a volatile and explosive Ford Pinto, so I think I would’ve at least, deserved my fucking 2.5%.

I’d like to blame my shitty bosses for these shitty raises, but to their credit, the problem is actually those within the prison that exist higher than all of us.  They’re basically wolfing down all of the food from the platform by giving themselves and their cliquey accomplices elevated raises, and by the time the platform gets down to my level, there’s barely anything left to give me, or my subordinates.

As shitty as my wage increases have been, I’ve had to go the last two years trying to explain to my reports why they’re now getting these sub-2% raises when they’ve all been getting 2.5%+ every year before the recent ones.

The difference is, in The Platform, floor assignments change randomly every single week, and pairs could be on floor 4 one week, and then be on floor 201 the next.  At my job, those who are at the bottom of the prison usually remain there, and short of some dignity-robbing ass-kissing and joining the cliques of the company, is usually impossible to get to a higher floor to where there might be some food left on the platform.

Aside from the shitty raises, my primary reason for leaving is simply the fact that I’ve identified that within my department exists something of an inner circle of people, to where pretty much every position of power within it, is occupied by someone in it, and those not in it, don’t seem to be able to climb the ladder.  I’ve watched people who came into the company at the same time or later than me, rocket past my position in the company, and it’s not difficult to see how, based on the people they fraternize with.

I actually tried to make a move within the department, during a re-org.  I identified a position under a boss I used to work under, and I thought it would be a good fit.  However, when I learned that the interviewing would be done by several people, among them being some inner circle people, I kind of knew that my chances were dust.

In essence, I should thank the experience, because it was upon getting that rejection did it dawn on me that I should probably consider that I should be the one who needed to leave the company.  The clarity gained has been invaluable, and fuck the stocks and the shitty raises, I have succeeded at getting the fuck out of a toxic environment, and hopefully the next chapter of my career will prove to be a successful upgrade.