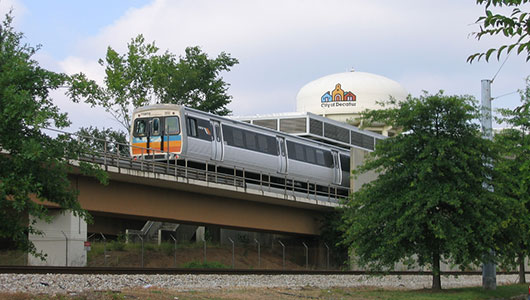 TL;DR: MARTA CEO Jeffrey Parker dies by suicide after stepping in front of a MARTA train at the East Lake transit station

Honestly, I don’t even know what to write in regards to this.  But I’ve said so many things about MARTA over the years that I just feel like I can’t let this go by without some effort to write something about it.  It’s definitely not something that I can inject personal opinions into or try to spin this in a manner that makes MARTA look stupid or be something to laugh at.

Suicide isn’t something to laugh at, because although it may end the suffering from those who feel they are, they’re opening up a world of it for those who have to pick up the pieces from their abrupt departure.  And as I’d be willing to wager, many of us who have no idea who Jeffrey Parker is aside from being the MARTA guy, this news probably caught a lot of people completely out of the blue.

Make no mistake, running MARTA definitely has to be one of the most thankless and seemingly fruitless jobs in the city.  It’s a joke to many, endlessly handcuffed by bureaucracy and red tape, and intertwined with all sorts of racism, which leads to this hopeless package of a private company where people take the jobs primarily because they’re jobs, and not because anyone believes in the good and betterment of the agency and expects there to be any substantial growth; the entire Metro Atlanta area has seen to it already to ensure that such doesn’t happen.

But Jeffrey Parker hasn’t really done a poor job of running MARTA; granted, in one of those ironic twists, the pandemic and peoples’ general inclination to avoid crowds and crowd-inducing things like public transit has probably helped a little bit to reduce negative numbers, but Parker’s name hasn’t popped up routinely with some embarrassing MARTA or Atlanta-ey meme associated with.  No news is good news when it comes to associating with MARTA, I’d theorize.

All the same, outside of those who actually knew the guy, nobody has any idea to the demons running around in his closet.  To the point where they actually succeeded at getting the body to believe that it was a good idea to throw himself in front of one of the train that he and his occupation oversaw.  It’s definitely something a little bit ironic, and a lot bit fucked up, and leads to little else than all bit sad.  No news is good news, but this news is fucking horrible.

In the past, I remarked that Jeffrey Parker had a lofty task to live up to the bar that predecessor Keith Parker had laid down for him.  But MARTA was running fairly comfortable since the transition, so all too soon, it will be time for yet another successor to step into shoes with dismal expectations, and hope to keep the ship steady and afloat, but for completely different reasons.