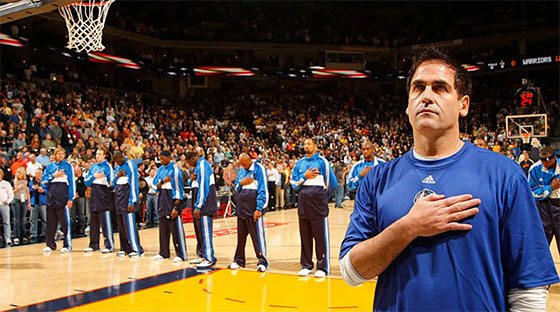 I read this story about how health care in America is so fucked up, that it creates a perfect scenario for billionaire Mark Cuban to swoop in and get to play hero to the country.  In short, Mark Cuban launched an internet pharmacy that offers more than 100 generic drugs at reasonable cost, which is a bigger deal than it might sound, because American pharmacists have been notorious for gauging the fuck out of the American people over the last decade or so.

Naturally, Cuban is being lauded with acclaim, in addition to people being refueled for their disdain for the pharmaceutical industry for being greedy and valuing profit over human lives.  The thing is, Cuban embarking on this endeavor is about as low-hanging fruit as they come; there are a number of billionaires, corporations, conglomerates or any other entities in the world that could have done this, a long time ago.  The fact that of all the random rich entities in there are, Mark Cuban is the guy that grasps the low bar, and is not only going to look like a modern saint, but make no mistake, he’s going to profit, massively.

I have no qualms with Mark Cuban, in fact I respect the guy tremendously, in spite of the fact that us pleebs are supposed to hate the wealthy.  He’s one of the guys that actually understands the need to give some shit away in order to make money, and such is the core strategy of how he basically transformed the Dallas Mavericks from perennial laughing stocks into eventual champions.

In fact, he’s basically doing the same thing all over again, but instead of basketball tickets, it’s common, necessary medicine.  Just because he’ll be selling generic medicine at a little over 15% over at-cost, he’s undoubtedly going to be raking in massive amounts of money on account of the likely million people who will all be shopping his online pharmacy; all while gaining their adulation at providing such a compassionate service.

It’s basic Wolf of Wall Street math here, sell cheap necessities to the lower classes, and there’s ridiculous amounts of money to be made.  And as much as I too think what Cuban is doing is a very good thing for the world, the sad reality is that he probably shouldn’t have been the party to have had the opportunity to do this; when it really should’ve been the responsibility of, fucking America, to do this for its own people instead.

But I guess without stories like this, America really wouldn’t be America.