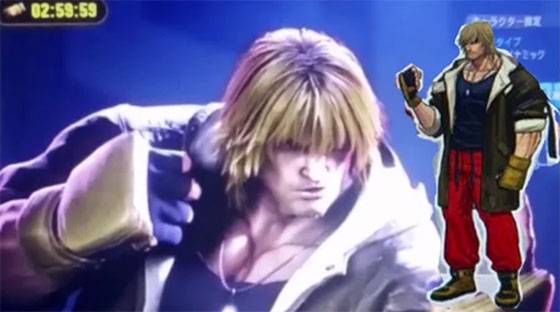 A while back, I remember making a post about how Ken Masters in Street Fighter V was clearly on the back half of his prime, and was at the stage in his life where he was wearing compression shirts to help hide his deteriorating physique, a natural occurrence with the passage of time.  And as much of a Ken main that I’ve been in my own experience playing Street Fighter games throughout my life, it was an awkward but still mostly a yeah ok whatever thing, because it was still a fictional character in a video game.  But it didn’t change the perception for me that Ken was being slightly disrespected in the grand spectrum of the franchise’s history.

Many years later, no real thought given, but with the impending release of Street Fighter 6 (and it’s shitty logo), some gameplay footage has apparently been leaked, and among it, some visuals of what Ken Masters is up to in SF6.  Long story short, the once famous and handsome and suave and cool US champion of some title of fighting, in SF6, has become a shell of his former self.  His wife has left him and taken their child, and supposedly the story of Ken is that he’s on the pursuit of trying to be just like Ryu, which is the best fighter on the planet.

But apparently he also has decided to be a homeless man just like Ryu, and has apparently hit bottom in terms of appearance and attire, which is kind of hilarious because now he’s basically turned into the Mark of the Garou rendition of Terry Bogard, which may or may not be a deliberate dig at SNK, that hobo Ken Masters is basically the greatest SNK fighting game protagonist of the 90’s.

And that’s about as far as we’re going to go with analyzing the storyline because when the day is over I really don’t give two more shits as much as this is just something that piqued my interest and inspired some words to manifest onto a post.  But my reactions to this character development are:

Obviously, I’ve been living in a bubble under a rock over the last few years, so series canon has passed me like a bullet train, but I get the impression that SF lore is kind of starting to get as wild and written on the fly as Mortal Kombat lore is.  Maybe not so outlandish to where they’re retconning all sorts of joke characters as core characters or merging franchises in order to boost their character counts, but when you’re going as far as to deliberately deconstruct characters like having Ken go through a divorce and becoming a hobo, that’s some pretty wild development.

Then my train of thought departed from solely Street Fighter, but just on the thought of why it seems like divorces and other breakups seem to keep happening to fictional properties.  I chatted it out with a group chat of confidants and realized that I was answering my own question, but it doesn’t make it any less sad to those of us in a generation or minded like one as mine is, to see these fictional breakups.

Peter Parker and Mary Jane.  Homer and Marge Simpson.  Kermit and Miss Piggy.  Ken and Eliza Masters.  All these fictional couples had loving, lasting, strong relationships, but as time has progressed, the world becoming more cynical, people needing reassurance that they can be related to and aren’t alone, even these are not safe from being dismantled in order to, try and be an ally.

Because that’s really what it seems to be all about, showing the watching world, that anyone and everyone is capable of break-ups and divorces, and for those children of parents who go through it, that they are not alone.

I understand that it is important to be allies, but damn it, I’m seeing iconic relationships of my childhood being systematically dismantled in order to hitch their carts to helping, and it’s no less sad, even if there are important lessons to be taught and imparted by doing such.  It’s exasperating and depressing all the same.

Fiction is where people come to escape how shitty the real world actually is, but apparently even fiction is not safe from the heavy hands of reality, to where it has to be altered and mutated into content that can help people who just wanted to get away from it in the first place.