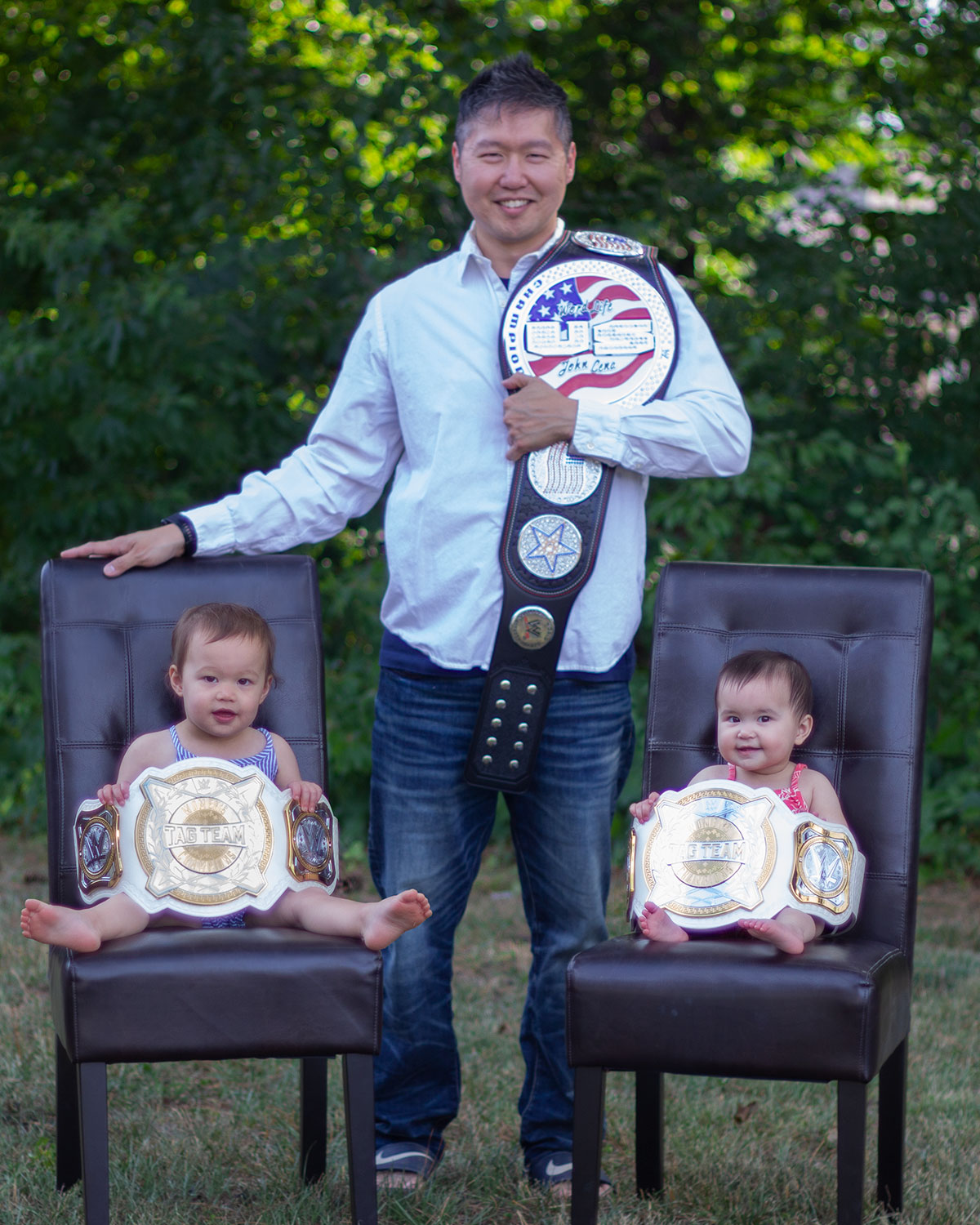 #1 of until the end of my time

A while ago, mythical wife asked what I wanted for Father’s Day.  Usually whenever anyone asks me what I want for my birthday, Christmas, or now that I’m eligible, Father’s Day, I have no idea.  I don’t have a want for things except wrestling blets, and understandably nobody(ies) want to drop $300+ on effectively useless straps of fake leather and metal plates.

However, this year, I had an answer pretty quickly, because I have been thinking of it for a while.  And the best part is that it doesn’t cost a thing, but will still have unlimited value and meaning for me for the rest of my life.

What I wanted for Father’s Day this year, and every single year for the rest of my life, is a photo with my daughters, holding their tag team championship blets.  That’s it.  There’s nothing else I’ll ever need or want more than this every Father’s Day, than this request.

I figure there would be no better opportunity for me to pull this card than Father’s Day, as the my girls grow and get older and intelligent, and inevitably think my blet collection is lame and stupid.  But being Father’s Day, they’ll have to acquiesce to this small and simple request, and I’ll have them right where I want them, next to dad for a yearly photo.

I love time-lapse photography, and what I’m hoping is to one day have an impressively long photo album, built a year at a time, of myself with my daughters as they grow, blossom into the beauties their mom’s genes have set them on the course for, and watch the changing of expressions as they may be excited and exuberant as kids, begrudging and embarrassed as teenagers, but then come around and be happy and accepting of tradition as young adults and maybe one day mature women and maybe mothers in their own right.

Either way, this photo makes me happy, and I’m hoping that this will be the first of many, many years of similar photos, of forcing my children to participate in their lame dad’s hobby.