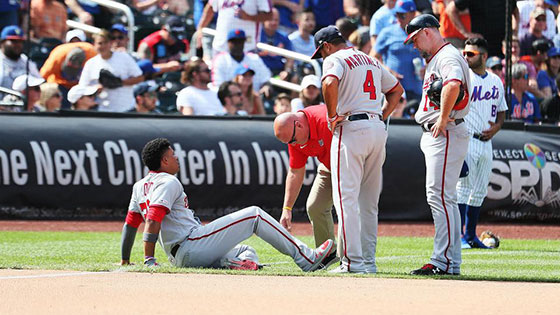 The armchair baseball analyst stat geek in me understands the impetus behind this decision.  It’s really not that complicated.  Combining never-ending inflation and the fact that between now and 2025, other players will continue to raise the bar of annual value, Juan Soto stands to make more money than $440 million dollars when he his free agency.

But the normal human being in me just sees that a guy has rejected life-changing money two-hundred times over, and can’t help but feeling infuriated at the arrogance of some asshole who gets paid insane amounts of money to play children’s games.  Like really, even in “just” his arbitration years, he’s making more money than most people will ever see in their entire lives, and here he is turning down $440 million dollars like someone asked him if he were interested in learning more about timeshares.

Fuck this guy.  Frankly, fuck any guy who turns down any figure that’s seven figures or higher, and honestly, fuck anyone who turns down a league minimum deal to be a bench warmer considering the league minimum was bumped up to like $700,000 a year.  Y’all motherfuckers play baseball for a living, and turn down big money offers like they’re some sort of insults, like you were genius doctors who were working on the cures to deadly diseases on a daily basis.

Prior to this, I never really had any qualms with Juan Soto.  I always liked that he was this fairly unknown to those outside of the Nationals fanbase, that just quietly came up after all of the pomp and hoopla of the Bryce Harper departure of DC.  And not only did he quickly erase and make people in Washington forget about Bryce Harper, he helped the Nationals go all the way, and win a World Series in short order after showing up.

Obviously, at the rate in which he was performing, it was only a matter of time before this day would come when the rhetorical questions of how much Juan Soto was worth were going to emerge, but I just haven’t been paying any attention.  I can hardly keep up with the bullshit going on in Braves Country™ much less the baseball country outside of it, but I’m not the least bit surprised that we’ve finally gotten here to where Juan Soto is no longer the team-controlled stud that’s just happy to be here, but is a budding superstar who’s on the cusp of getting paid.

All the same though, now that he’s turned down a purported three different extension offers from the Nationals, with the last one being the aforementioned 15/$440M/no deferred money, it’s just absolutely flabbergasting the arrogance and audacity a person can have to actually say no to a sheer amount of money such as these.

Sure, there’s always the game of keeping ahead of the Joneses but nobody ever wins as is the passage of time.  Soto takes a 15/$500 in 2025, but by 2026, there will be some future megastar that will sign a 15/$505, and so on and so on.  It’s a game of insanity that will never end, and other than a few individuals getting rich, it’s only going to result in future professional athletes looking like bigger and bigger greedy assholes as they continue to extort and accept these gaudy salaries for playing kids games.

So now, on principle, I have no choice but to start rooting against Juan Soto.  He is far from the first guy that I’ve held this attitude towards, but as certain as the game of salaries continues to grow every year, he’s just the latest prick to cave into the game of greed.

Soto may be on pace to be worth more than $440M in a few years, but that is, if nothing bad happens to him between now and 2025.  An injury or two, or perhaps the rest of the league re-writes the book on him and realizes he sucks at hitting pitches up-and-in, or maybe a combination of both.  History has no shortage of professional athletes who completely collapsed onto themselves during their contract years one way or another, resulting in them getting owned into oblivion in hindsight brutality.

I don’t wish physical harm to come onto anyone, but if Soto were to get hurt between now and 2025, I can’t say that I wouldn’t shake my head and laugh, especially if the guy struggles to bounce back and by the time 2025 rolls around, he’s just another silly greedy gambler who didn’t take the money when he had the chance, and instead ends up on the Long Island Ducks just trying to cling to any semblance of a career.