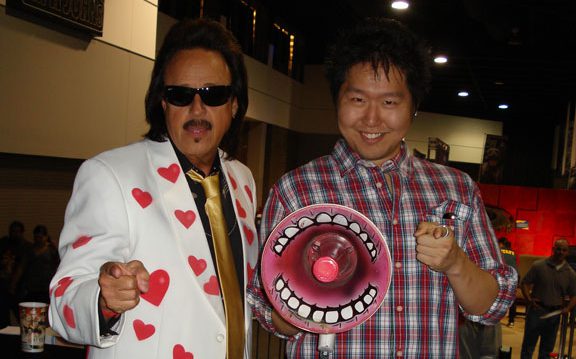 Throughout the last few years, during Wrestlemania time, I’ve grown very interested in the concept of Fan Axxess.  More than the event itself, I thought it was a great idea that the WWE would have this kind of open house event, where the fans could meet wrestling stars and personalities.  Additionally, I was really impressed with the museum-like exhibits they erected for the event, full of mementos and icons from decades of professional wrestling.  They genuinely put forth an earnest attempt to hit all ends of the spectrum, and appeal to the kids, as well as the grownups, and capitalizing on their nostalgia.  To be perfectly honest, with Wrestlemania XXVII in Atlanta, I was more looking forward to going to Fan Axxess than I was the actual wrestling event itself.