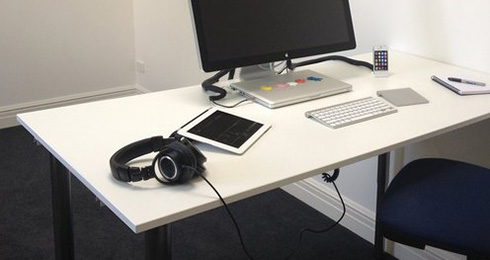 For whatever reason, Big Brother has decided to start blocking a lot of websites that I frequently visit during my downtime at work.  Most of them are LoL-related sites, and even sites like Buzzfeed and Know Your Meme have gotten the big virtual c-block, but it is safe to say that I do not visit any websites that contain any pornographic or vulgar materials.  Come on now, it takes a complete retard to do such things on an obvious monitored network.  I don’t hide the fact that I surf on my down-time, but at the same time I also feel that my track record and work management can justify the capability to surf occasionally.

But the biggest blow to this unprovoked crackdown is that now I’m no longer able to access Pandora anymore.  This upsets me more than any other site getting blocked.

If it’s due to bandwidth consumption, I could understand it being restricted, but the IT people here aren’t responding to my inquiries to why it was blocked, which I think is kind of being cowardly and evasive.  But the thing is, I have to question it, because of all things that could possibly be seen as a detrimental time-waster of a website, YouTube is still allowed to be visited.  This alone has me wondering what’s going on, because I could easily waste time by watching streamlining videos, as opposed to listening to music while I work.

Which is precisely my issue; listening to music on Pandora has never inhibited my ability to work.  If anything at all, it’s helped me get more work done, because I work with several others in a cubicle maze, and occasionally these people have lengthy and frequent conversations amongst each other.  Sure, they’re often about trite things, and the homeless guy I work with goes on and on forever once he gets started, but the fact of the matter is that sometimes I just don’t feel like listening to them, and just want to work.  It’s these instances in which I put on my headphones, and log into Pandora and queue up something instrumental-heavy like Hans Zimmer or Lindsey Stirling.  Drowning out the background noise has been paramount to me being able to get my shit done often times.

The whole Big Brother crackdown in general bothers me though.  As I alluded to, it was completely unprovoked, at least as far as I think I’m concerned.  Throughout my whole career, internet accessibility has never hampered or hindered my ability to get shit done.  I understand that in this world exist serial loafers that toil around on the internet all day long, and neglect their work, but there are also tons of people like me that actually feel a sense of obligation to fulfill their daily duties, and get their work done in a consistent and expedient manner.  That’s fucking me.

If anything at all, simply putting up a restriction for no good reason actually becomes more detrimental for people like me, because it just means that particular trite freedoms have been taken away from me for no good reason, but I know they’ve been taken away.  It’s kind of like preventative discipline when training dogs – it’s not a good idea.  Spanking your dog for the shit in the house they take that hasn’t happened yet isn’t going to accomplish anything at all; it’s completely unnecessary and plants a negative seed in the dog’s head instead.

This whole situation just makes me feel resentment for my job because frankly I don’t feel that I deserve to have such restrictions put in place.  And that’s the thing, I’m not entirely positive if these restrictions apply to just me, or the entire office, but I’m not exactly going to go on other peoples’ machines to see if Pandora works for them.  But for a place that monitors their internet, they also have job tracking software that tracks all of the projects and tasks we do, as well as a litany of time-tracking procedures.  They can look all the way back to the date in which I started here, and I would challenge them to try and find any period at all in which I didn’t accomplish a project either early, or on time.  But missing a deadline is something that has never happened with me before, and I’d like to explain to them that sometimes, it’s the necessity of unwinding by looking/reading something amusing on the internet, or the capability to tune out the rest of the world and focus on my work which contributes to such stellar and consistent work performance.

Not that this is going to make me up and decide to leave my job, but I’m not going to lie and say it’s not going to be filed into the mental list of things about this place that I do not like.  So, now my fairly decent headphones that I brought into the office, because they were comfortable and okay at cancelling out noise, are now completely useless.  I could always bring my iPod into the office, but even that has a finite number of songs I can really listen to, and it doesn’t occasionally introduce me to anything new and interesting like Pandora does.  Eventually, I’ll hit a boiling point of getting tired of hearing the homeless guy yawn excessively loud and frequently, the super Jew crunching on his apples like a fucking horse, and all the incessant chatter that occasionally goes on around me, but the fact of the matter is that I just wish they’d let me at least have Pandora back, because it sure as shit has never inhibited my ability to work.