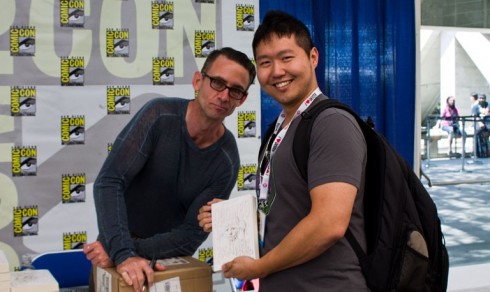 Since I have over 250 pictures that I have to go through, sort, process, edit and upload, I figured it might not be a bad idea to break them up. In a perfect world, I just split the RAW files down the middle, and call it two even batches, but that wouldn’t be very cohesive and I’m anal retentive like that. So the first 80 or so images contain pictures from Wednesday the preview night, and Thursday of Comic-Con, which means the next batch is going to be massive, and will likely take an extra day or two, as I try to settle back into a daily routine again.

If you’re looking for pictures a lot of costumers, I’m afraid I have to say that there really aren’t that many in this post. Contrary to my expectations, and/or maybe I just wasn’t ever in the right places at the right time, but costuming in general doesn’t seem to be as prevalent at SDCC as I suppose I’m used to with like Dragon*Con, so by virtue of there not being as much on top of my fairly picky choices of what to photograph, there aren’t a lot of costumer photos, although there are a few here and there. There will definitely be more in the next batch.

These pictures mainly focus on beautiful San Diego itself, examples of some of the horrendous lines and crowds that I quickly learned despite expecting them, were the most absurd things on the planet, my obsession with Richard Walker’s Pancake House, and a few pictures from the Facebook party and other night gatherings.

The highlight of these two days, and possibly the entire convention for me, was getting to meet Chuck Palahniuk, my favorite author (Fight Club, Choke, Haunted), and not only getting to simply meet the man again, but to also be one of a hundred people to actually receive an advance copy of his next book, Doomed.

Photos after the jump! 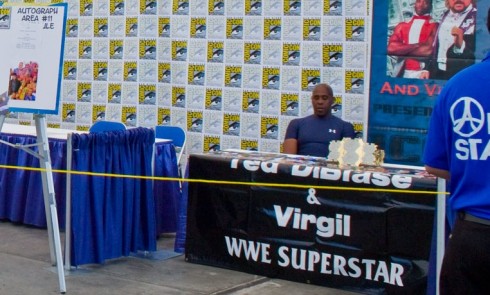 Bwahahaha, but let’s also not forget about the appearance of the Roneriest Virg that Ever did Virg. That’s right, Lonely Virgil was at Comic-Con this year too, being as lonely as ever.