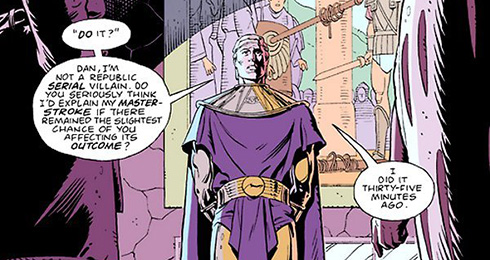 You won’t find a lot of political speak on my brog, primarily because I simply do not care about politics.  Typically, this ambivalence remains in place until it actually begins to directly affect my bottom line.  I’m not going to pretend like I know the facts behind it, but after tomorrow, it actually will be doing such, and that’s all I really know.  Due to whatever Obamacare or what name it has/will have, it appears that I’ll have to re-configure my health insurance coverage to be kosher with the guidelines in place with Obamacare, lest I be fined.

It’s funny, because I put a great deal of work into trying to keep myself physically well-conditioned and exercise on a regular basis, so that I don’t have to rely on the need for excessive medical coverage.  And it seems like that’s kind of becoming irrelevant, due to the fact that it’s becoming mandatory that all people are supposed to be covered, or else they’re monetarily penalized.

That’s the gist that I’m under the impression, and unless I hear differently, that’s what I’m being led to believe.  Trust me, it’s not worth explaining to me, because I’ll be as fidgety as a six-year old in church with apathy.

Anyway, all the talk about the whole situation of government shutdowns and Obamacare that I’m privy to seeing on CNN in the 4-6 minutes I take to change in the locker room at the gym, the fact that they’re using a clock to drive home the fact that it’s impending only makes me think of Watchmen.

Like I said, I don’t know all the facts nor do I particularly care, but from what I’m exposed to sparsely, the countdown to the government shutdown reminds me of the Doomsday clock constantly referred to in Watchmen.  At first, I thought that Obama was acting in a manner like an inadvertent Ozymandias, whose actions seemed to be creating an uneasy alliance between Democrats and Republicans in simply getting rid of Obamacare, but from what I can tell now, that analogy is out the door from what I hear about factions of Republicans being incapable of working things out amongst their own party.  Now he’s kind of like the opposite of Ozymandias.  Obamandias.

That being said, as the clock ominously ticks and tocks closer to the time when the government officially shuts down, it looks like now would be as good of time as any for a real-life Ozymandias to show up make everyone suddenly put things into perspective.  Teleport some big-ass artificial alien thing onto North Korea, claim Kaijus exist, let it destroy the country, and then come to the rescue after the fact.  Engineer some nukes that explode blue, drop them on the Middle East, and then blame Doctor Manhattan.  It’s like killing two birds with one stone in a way, maybe three, if it gets everyone to pull their heads out of their asses and come to some sort of compromise.

Yeah, all that sounds horribly ignorant to what’s actually happening, but from my perspective, as much as people claim the government is corrupt, evil and bad, it is still something that I think is necessary.  And just the simple idea that the government is, “shutting down” just doesn’t sound like something that’s really good for the general populous, in my opinion.

Often times I’m behind the times when it comes to memes, and combined with my general apathy towards politics, I’m debating to myself if now is an appropriate time to bust out the “Thanks, Obama” line.  If Obamacare is what’s going to make me have to eat more out of my paychecks, then I suppose it is.