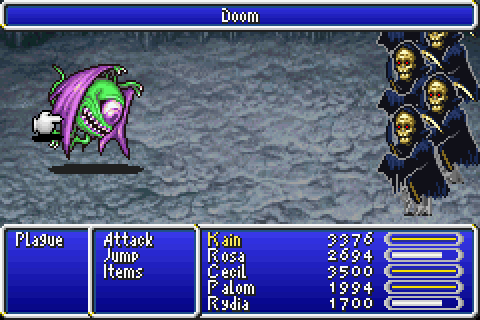 I just want to start off by saying that me talking about death and dying is by no means any indication that I’m in an extreme state of depression or contemplating killing myself or anything horrific like that.  It’s just been something that’s been on my mind a lot lately, and to me, it’d be a waste to not at least address it in writing, and try and work the thoughts out and try and interpret some meaning from them.

Anyway, not to get too far into the drama between my separating parents, but there is a particular outstanding conflict that doesn’t seem to be going anywhere, and is causing a lot of angst within my immediate family.  It all narrows down to my dad’s paranoia and conspiracy theories, but a new revelation learned over my last visit was the belief that he wasn’t going to live that long.  He’s by no means elderly, but according to my dad, he seems to believe that he’s not going to live to the age in which his parents passed.  Be it cancer or some other terminal illness, he doesn’t think he’s going to live to 80 much less 90, citing such substantial evidence as “I can feel it” and uses that as justification to hang onto the residence that’s really more than what one solitary person really needs.

But we’re not here to talk about my dad.  In spite of the macabre beliefs that he’s not long for this world, I will admit that it got me thinking about death a little bit more than most people want to admit to be doing sometimes.  Specifically, my own, and in the hypothetical case of if I were dying and had a fairly definitive clock remaining on my lifespan.  Most of these hypothetical scenarios involve me being diagnosed with some terminal illness or a form of cancer, with the foregone conclusion that I was probably not going to live until the age of 40.

In my head, I’ve been thinking about what I’d tell people, how I’d tell people, or if I’d tell people that I were dying.  More likely than not, I would probably make it pretty known to those who know me that I’m dying, because admittedly, the drama queen in me that occasionally does like a spotlight certainly would like for people to know, because in all fairness, it’s probably best if people knew that I was deteriorating, as opposed to being blindsided by a day in which I suddenly don’t wake up in the morning.  However, I’ll admit that as curious as I’d be to see what happens, namely who comes out of the woodwork upon discovering about my dying, and who doesn’t.  Sometimes people step up, sometimes people shy away, because they don’t want to be around death.  There’s a part of me that is really curious to see who falls into which category, but then there’s a part of me that fears that too many people will use my dying as reason to dramatically change their behavior around me, which I’d really be uncomfortable about.

I’ve been rehearsing the kinds of things I’d say if I had to announce my impending demise, basically along the lines of that I don’t want pity, I don’t want coddling, and that I don’t really want people to treat me any differently than they would just because there’s a clock over my head ticking down a lot quicker than someone without disease.  I just want people to know that I’m dying, and that I would like to believe that I’m not going to waste my suddenly limited lifespan, and that I’m going to put as much effort into doing good and quality things, and that if I can help it, not change too much on account of my deteriorating mortality.

Here’s the scary thing about all this morbid thinking about death: more often than not, the notion of suddenly being told that my remaining lifespan is short, I don’t think it’s really as terrible as I should probably be thinking it is.  Something about it puts life into sudden perspective, and with limited time, that it’s truly now or never, to simply get off my ass and to do some living.  I don’t want to call being condemned a blessing in disguise, but I’ll be the first to admit that even in my impending demise, I have to believe there’s a silver lining in such a notion as well.

I’m not saying I’m going to go all Queen Latifah like in that movie where she thought she was dying so she blew all her money and tried to be a baller before fucking everyone over, but I definitely would like to think that I’d be moderately more constructive with my time if I knew that it was limited in a life and death capacity.  Like, I’d get off my ass and go make the long-desired trip to Astoria and walk on the Goondocks and the beach where The Goonies was filmed, and I wouldn’t be so lackadaisical about the few remaining ballparks I have left in my ongoing quest to visit all 30 MLB ballparks.

The bottom line is that I’d want to do everything in my power to live out my remaining time as happy as possible.  I’m by no means saying that doing such is impossible for those who aren’t terminally ill, and have intentions of living out a normal life expectancy, but during all this thinking, it just seems like life is put into a clichéd perspective and encapsulated in a smaller time frame, leading to a lot more freedom to pursue things compared to those who don’t know when the end is.

As fucked up as it sounds, thinking about a lot of things like this admittedly makes me feel a little watery-eyed, but it’s often with a feeling of happy, because I like to imagine that my world would be a little bit more tightly knit if I knew that I was going to die, because good people around me would step forward to try and send me off as awesome as they could.

Don’t get me wrong, I’d like to live a normal life expectancy as much as the next person, but I think I have to admit, that as long as life isn’t taken from me by like a murderous act of spontaneity or tragic accident, I can’t say that I’m really afraid of dying.  If I know it’s coming, and I’m able to tie up loose ends, say my peace, and accomplish a modest bucket list along the way, I don’t think that an early exit would be that much of a bad thing.

I swear none of this means that I’m going to plan on killing myself or anything, because where would the fun in that be?  I’d have to keep it all secret and shit, so that nobody could intervention me and prevent it, and there would be no capability of being able to knock things off a bucket list and people would likely hate me more for it than if I died from an illness.

This is all crudely written and doesn’t come close to the thoughts and emotions that run through my head upon dealing with this topic, but I think some of the more core bullet points I had in my mind are sufficiently documented.  It’s probably because I’m not actually dying that things aren’t so crystal clear, but hey, that’s a good thing too.