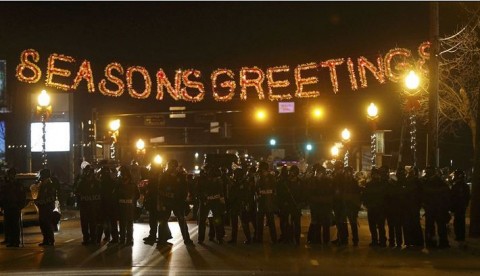 Embarrassing, isn’t it? Normally, I’ll feign ambivalence to the unfortunate news of the world, but given the fact that this story is literally, quite unavoidable, enough thoughts have swirled around in my head to where I felt like writing something.

I’ll keep it short (as I can), because it’s not like there’s going to be any shortage of opinions on this matter, and mine certainly isn’t going to make or break anyone’s line of thinking.

I’m not qualified to say on whether or not I feel that it’s good or bad that the officer in question has apparently gotten off the hook without any sort of punishment, because I simply have not paid any attention. However, I do think that it’s completely unfortunate that the response of such a decision from the predominantly black community of Ferguson, Missouri has been that of a massive eruption of violence, vandalism, looting and general destruction.

Reading this CNN article, two things in particular stood out to me:

“Hurting others or destroying property is not the answer,” Michael Brown Sr. said. “No matter what the grand jury decides, I do not want my son’s death to be in vain. I want it to lead to incredible change, positive change. Change that makes the St. Louis region better for everyone.”

The father of the slain victim, one of the few people that actually lost someone, that was duly affected by the actions of the subject matter of the trial, pleads for peace, regardless of what the decision of the court would be. I’d hope that if there was absolutely one person for the sheep to listen to, it would be the father of the deceased.

But of course, that didn’t happen, and the rest was history. Including:

Looters broke into a beauty supply store and stole hair weaves and wigs, leaving the heads of mannequins strewn in the middle of the street.

And in nearby Dellwood, some people torched a row of cars at a car dealership and set several businesses on fire.

So, a bunch of people were unhappy with the jury decision of a trial that didn’t really affect them, personally, so their reaction to display their disagreement is to go on a massive crime spree, burning cars, smashing windows, and stealing things for their own personal gain?

Riiiiiiiight. Real injustice being fought there with such cerebral tactics.

There’s really nothing much more that I want to say in regards to this. It’s unfortunate that a whole bunch of black people feel wronged, and I can understand the skepticism of racism that a white police officer is seemingly get away with killing a black teenager scot free. But at the same time, erupting as a community in a massive crime spree isn’t exactly the best form of protest or best method to draw up sympathy and future support, either. 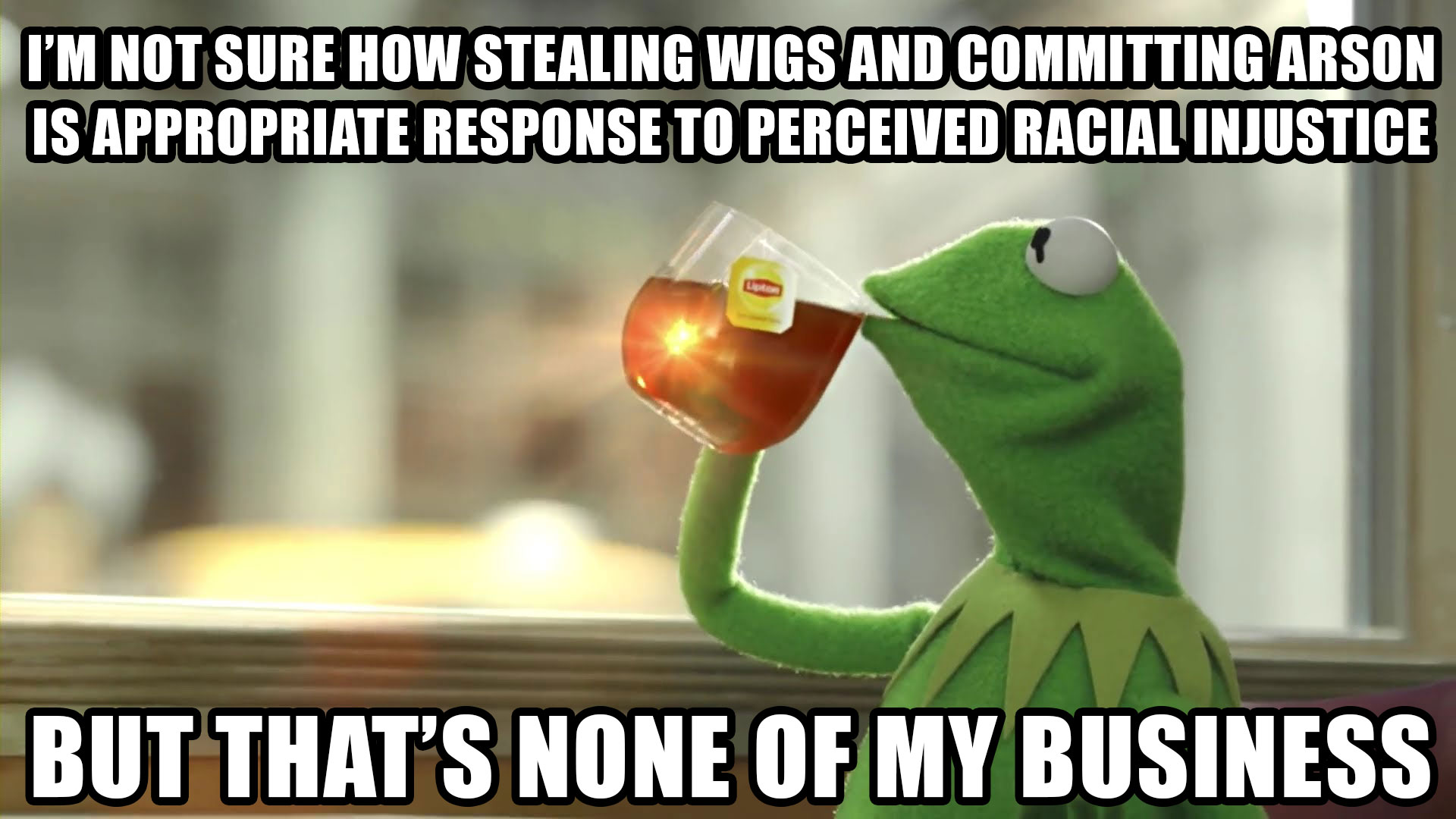