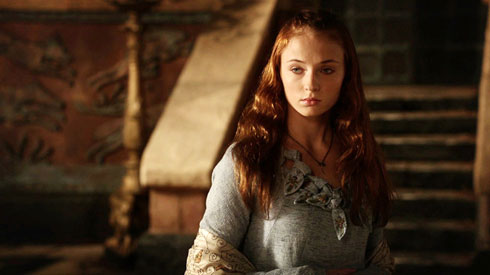 Since I’m such a man of the times, I’m currently on book five of Game of Thrones: Song of Ice and Fire.  Unlike a lot of epic literary series, I’ve actually enjoyed GoT in written form a great deal, and I look forward to completing book five, and subsequently be like all other GoT novella fans, and (im)patiently await the sixth.

On that note, it goes without saying that I am very much behind in the television series, as it moves at light speed on screen in comparison to the pace of the novels.  I’ve just finished watching the second season of the show, and upon hearing news not too far ago about how things in season five of the television series will spoil plot points for what lies ahead in the not-yet-released book six, I can say that I will probably not watch any of season five, if I can help it.

Yes, I am one of those snobs, who always plays the game of comparisons between book and screen.  This should not be one iota of surprise to anyone.

However, it’s no secret that whatever is on screen typically wins the favor of the masses over the same story’s written form.  It’s no surprise, we’re mostly a visual society, and pretty pictures and named-actors are vastly more efficient at portraying stories than a bunch of boring old words.

So despite the fact that I’m going all old testament as far as my indulgence of Game of Thrones is concerned, millions of other people are alternatively getting (mostly) the same indulgence by simply tuning into HBO and watching the story, chopped down to consolidated hours at a time.

And when you have a million people watching the same thing, there will always, always be at least a thousand of them, ready, and god forbid willing, to bitch about it on the internet.  And when enough people bitch about a similar topic, that topic is then deemed as “trending,” and when something starts trending, it becomes worthy enough to be forced upon everyone’s Facebook pages, whether they want to see it or not.

At first, it was a trending topic on GoT and a supposed “controversial” plot twist.

Then, it was a trending topic of a popular website or two deciding that they would refuse to plug HBO or promote GoT due to the nature of a particular controversial plot twist.

Then, some feminist rally in regards to some rage they have over a particular controversial plot twist from GoT.

And finally, actress Sophie Turner begins trending, as she comes out to discuss the nature of this particular controversial plot twist.

From those four topics alone, that I saw out of the corner of my eye, and wished that I never did see, it’s pretty easy to deduce that in the latest episode of GoT, Sansa Stark is involved in some sort of unpleasant sexual encounter.  This is quickly confirmed, and suddenly, I now know something that happens in the future, that I have yet to get to myself.

I don’t really care that such event may or may not happen in the book, because ultimately, I still plan on catching up to the HBO series, and enjoying them episode by episode.  And sure, I don’t know the context behind it, but eventually when I get to season five, there’s going to be this mental reminder in the back of my head that’s going to say “oh yeah, this is the season where Sansa is sexually taken advantage of.”

Obviously, this isn’t the first time that something’s been spoiled for me over the forced information on what’s trending, but I’ve tried really hard to avoid anything any everything in regards to potential GoT spoilers.  It’s obviously difficult seeing as how I’m about 15 years late to the party when it comes to GoT fandom, but I’d managed to traverse four books without any notable spoilers to this point.

I don’t really understand the importance of knowing what’s trending at all times, but then again, Facebook is ultimately trying to take over the world, and be the one-stop shop where we can skip visiting news sites, if the very important topics like GoT spoilers can be brought directly to us; whether we want to see them or not.