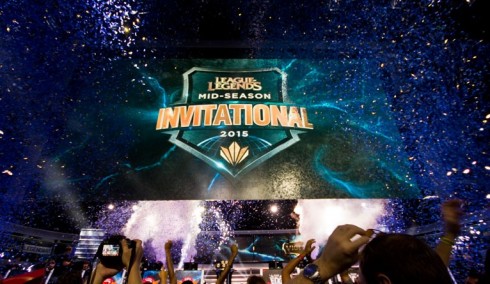 These guys realize they get paid to talk about video games, right?

Honestly though, I see both sides of the argument here.  Ultimately, I understand the concept of a labor dispute, and it’s good on the part of Monte, DoA and PapaSmithy, that they’ve done their homework, and learned what other casters are making, and it’s only fair that the penultimate game representatives of the eSports scene, should probably be paying competitive rates.

But at the same time, these are guys that make a living talking about video games.  These are not underpaid doctors, teachers, construction workers, civil servants or any other occupation that actually makes a difference in the world we all live in.  These are guys that watch teenagers play video games at a highly-competitive level, and talk about it.

I understand what they are trying to accomplish, which is attempting to get paid competitive rates to talk about video games, but ultimately I think that they are making a terrible tactical decision to basically boycott a major event with hopes of trying to make a difference.  And it’s not like Monte, and friends are unemployed alternatively, they’re still getting making money in Korea to commentate the LCK regular season.

First of all, if Monte and friends refuse to work the event, someone else will be willing to do it.  After all, it’s talking about video games, and getting paid at all to do it.  If Riot doesn’t employ it’s own employees to commentate the event, it doesn’t take a genius to know that there are a fuckton of people who would gladly do it for the rates that Monte and friends refused, or even possibly free, because it’s talking about video games.  The latter is totally believable, because if Riot went on Craigslist, said they were looking for people to talk about video games, and could get a free trip to Shanghai to talk about video games, for no additional payment, that email box will blow up more than Ben Stiller’s character at the end of Dodgeball.

Second, the eSports scene itself is still growing, still working out the kinks, and ultimately still trying to find it’s identity.  Whether it’s League, Counterstrike, Starcraft or fighting games, the rules and identities are kind of still being made up on the fly, and there’s no concrete pillars in place of what people should be getting paid, and what people are entitled to or not.  Most importantly, there’s no unionization of commentators or anything, presumably because there simply aren’t that many out there, to actually unionize.  And again, not to mention that if those in a fictional union all refused, there’s still thousands of people who will.

At this point, in a burgeoning scene that’s really shown no indication of trending downhill, I don’t think demonstrating boycotts and stirring up trouble like declaring wage disputes is a particularly good idea.  Even if by some act of god, Riot and Monte and friends come to some sort of agreement that makes Monte and friends happy, this whole incident isn’t one that’s going to be forgotten any time soon.  Monte and friends might think they’re pioneers in fair treatment, but Riot is probably only going to associate them as the poster children for ungrateful problem children, and at some point in time, will not work in their favor.

Honestly, this whole situation reminds me a lot of my own career in graphic design.  There are so many people who are self-taught and willing to work for peanuts, that it ultimately really hurts the entire design community as a whole, because if one person isn’t willing to do a job, someone else out there most certainly will.  It’s always a fine line between doing work and trying to send a message, but it’s almost certainly easier to negotiate once some positive rapport has been established, and that’s kind of difficult to do when there’s lots of refusals and arguing.

Riot could very well tell all three of them to fuck off, and go get real jobs, and I have to imagine that going from guys who talk about video games for a living, back to the real world might pose a little difficulty, transitioning back into those mundane activities.

I think Monte and friends just screwed the pooch with their pursuit of dollar signs, and that if not immediately, this decision might have some repercussions on the futures of their careers.