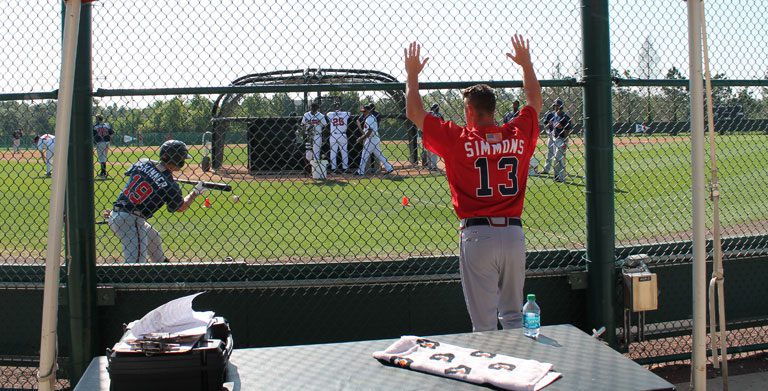 TL;DR – Atlanta Braves fail to secure new Spring Training home for 2018 and beyond; are now banking on good faith that Disney will allow them one-year extension

As if the Braves couldn’t swindle enough people in Georgia already, apparently they’ve been trying to find a way to swindle people in Florida too.  The Braves’ agreement with the Walt Disney ESPN Wide World of Sports as official home to Atlanta Braves Spring Training home expires after the 2017 season.  And with the vast majority of the teams in the Spring Grapefruit League all having moved to areas where they’re all close to each other, the Braves would like to become one of the cool kids, and relocate to where they can be close to other teams, and not spend so much of their Spring Training time on buses or driving long distances in order to play their scrimmages, from Orlando.

Naturally, the Braves want to build a brand new facility, or rather, have a brand new facility built for them at the expense of local taxpayers, in preferably places like Palm Beach, or Sarasota, where large clusters of teams call home come Spring Training.  Hilariously, alleged talks with these regions have not progressed nearly as quickly enough for the Braves to be able to actually project where they will be training come the 2018 season.

And I hope it remains this way, and that the Braves don’t actually get another fucking sports facility built for them, because fuck more new sporting complexes.

So, despite the fact that the Braves have been publicly proclaiming their intentions to leave Disney for greener pastures, it’s Disney that the Braves will ultimately rely on, for a potential home after their lease expires in 2017.  It’s like a dude talking publicly about how he wants to leave his wife, but when all his potential conquests all shut him down, he goes back to his wife and tries to act like nothing happened.

I really hope Disney rejects the Braves, and their request to have a one-year extension to remain at the Wide World of Sports in 2018, just so that they can have some more time in order to find a new wife while sharing a bed with the current one.  Or, Disney forces the Braves into locking themselves into another multi-year lease, effectively snuffing the aspirations for another new fucking park, for at least a little while.

But really, I’d be more amused if Disney just denied them outright, leaving the Braves scrambling for a new Spring Training home.  Honestly, Disney doesn’t need the Braves, because they’re fucking Disney; they could simply replace the two months of Spring Training with some fluffy events, or fill the vacancies of the complex with god knows how many hundreds of athletic competitions from schools and amateurs outright, and probably make just as much money than being the spring home to the Braves.  Possibly more, if you think about the reduced staff and resources that are dumped into catering to Major League Baseball no longer being in effect.

Meanwhile, the Braves wouldn’t be homeless for long; what with the Washington Nationals and Houston Astros joining forces and relocating to Palm Beach, where they’re building a shared mega-facility, there are two vacant, albeit crappy and dilapidated facilities in either Kissimmee or Viera, they could easily occupy until they manage to swindle some unlucky town in Florida to build them a sparkly new facility.  They could enjoy playing the Detroit Tigers 20 times, since they would be the only team within 75 miles.

Or, the Braves could realize that they’re a franchise that is literally valued at over a billion dollars, and also realize that they could simply afford to build their own fucking complex in any available plot of land, and not have to worry about negotiating with others, but the likelihood of that happening is like expecting the remainder of the Game of Thrones books to be released in a timely manner.