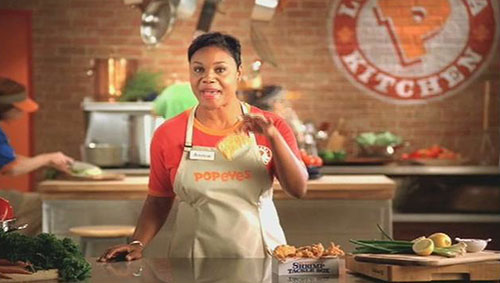 You know who loves that chicken from Popeyes?  Or at least the biscuits?  I wish I could say it was the state of Georgia; actually, that’s probably very true, although I prefer to pledge my allegiance to Bojangles in the battle of fast food fried chicken.  Whatever though, I’m getting off the point (big surprise).

The answer is Pearl River County in Mississippi, where an 18-wheeler crashed on MS Rt. 59, spilling 40,000 pounds of Popeyes biscuits.

Now some Popeyes biscuits would’ve been an absolute coup of a side item to accompany the veritable buffet spilled all over Georgia highways – if only this truck had managed to wipe out in Georgia instead of Mississippi.  But again, another tragic food truck wipeout, denied to Georgia highways, and instead happening somewhere far less appreciated.

But what’s that?  The biscuits are not wasted?  They were all in boxes, and could be loaded up onto another truck and not go to waste?  Popeyes biscuits aren’t freshly made in the stores like I want to say that I’ve seen them advertised?

I mean, Popeyes biscuits, whether they’re frozen or freshly made, are still delicious, but I’ll admit a little bit of disappointment to know that they’re prepackaged like this.  The idea of “Louisiana good” meaning things that come premade out of boxes kind of tarnishes that notion.

Whatever though, if the biscuits are safe and being loaded up onto another 18-wheeler, maybe there’s still some hope that they’ll swing up and hook a right onto I-20, and manage to wipeout while passing through Atlanta after all?