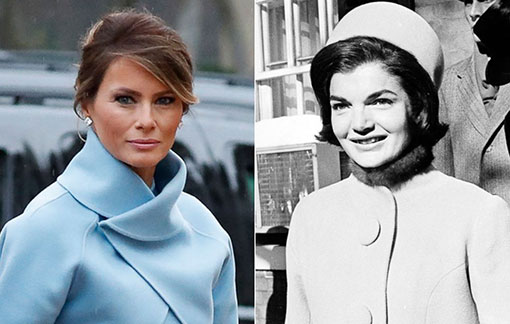 So I’m catching bits of pieces of the inauguration throughout inauguration day; how Trump’s crowds are minuscule compared to the crowds of people who showed up for Barack Obama in 2009, how in spite of notion that minorities aren’t safe in Trump-merica, minorities are  still out amongst the crowds because people are vapid and narcissistic and just want to be seen at major events, and how along the outskirts of the inauguration there is strife, where people are smashing windows and police and Bikers for Trump are dealing with unruly demonstrators.

Despite the very surreal feeling that this is what the United States of America is coming to, when the day is over, I really don’t care that much.  Yes, the country is divided to a degree that I’d never seen, in my lifetime, but I want to continue to believe that we can get along with anyone, as long as we can respect one another in spite of our political leanings.

Now that that sappy cheese is out of the way now, what spurned this brog post was the fact that I caught some of the inauguration whilst at the gym, since watching TV screens is one of the chief ways to distract the mind from how much running sucks, especially while on a treadmill, and I couldn’t help but notice Melania Trump, the now, First Lady, officially.  She emerged onto the screens wearing this uncharacteristically bulky overcoat/dress thingy that was a stark contrast to the bold shades of basic-colored dresses that accentuated the body that used to be in Sports Illustrated’s swimsuit edition.  Instead, she looked like, and the comparisons were not lost to anyone who knew a modicum of U.S. history, like Jackie Kennedy.

Obviously, the notion of Melania Trump being no stranger to plagiarism was nothing new after she pretty much lifted Michelle Obama’s speech from just a few years ago, but channeling/copying Jackie Kennedy’s iconic looks now was just downright hilarious; no, nobody at all will notice the sudden transformation from sausage-skin tight dresses to 1960’s.

But then it got me thinking; despite the fact that it’s no secret that to the younger generation and/or those who have slightly more left-leaning tendencies, is believed that Donald Trump is going to be, if not already considered, the worst president of the United States in history, Melania Trump seems to exist to be something of a distraction and/or buffer for the Donald’s own self-serving agenda/nationally elected tyranny.  However, that being said, my mind began to wander off to vapid, brainless, basic white girl movie plots, and how they would relate to a vapid brainless basic white (looking) girl like Melania Trump.

In an ironic plot, Melania is going to be the key to the successful presidency of Donald Trump.  Whereas throughout history, former First Ladies of the United States existed to do actual work, be ambassadors, meet with world leaders and deal with other noble causes, Melania Trump isn’t going to do anything of the sort.  Instead, she’ll be more like the wives of world leaders from countries that have more antiquated views of sexism and gender bias AKA a pretty face behind a male leader who doesn’t believe for two seconds that men and women should be considered equals.

But that’ll be okay with Melania, because she’s never existed in the world to actually do any real meaningful work.  Instead, it’s her apathy for real work that is ironically going to lead towards some actual change, way more than the change that the Obama administration promised, and way more than Hilary Clinton could have ever put into motion.

You see, while Melania Trump is stashed away in safe rooms with the wives and mistresses of other world leaders not doing anything remotely constructive, is where she’ll make the biggest differences.  With her powerful position of being the trophy wife of the leader of the United States, she’ll undoubtedly have well-compensated and talented groomers and in spite of all the designers that claim they won’t dress her, she’ll always have impeccable fashion and accessories.

Other vapid wives and mistresses will be enchanted with Melania’s privilege and power and that she is not black and ambitious, that they’ll actually want to communicate and be seen with her.  And through fashion tips, sharing of cosmetic information and hushed Cosmopolitan conversations about how to manipulate men and jealous fatties will Melania make change in the world, because when the day is over, women still have great power in the way they can control the men in their lives.

Suddenly, wives of the leaders of like France, Japan, England, Spain and Argentina will be all buddy-buddy with Melania Trump, instead of how poorly veiled racist they alienated Michelle Obama and any prior First Lady with actual political aspirations or goals they had in mind.  Through the influence/manipulation of their women learned through Melania, male world leaders will bend and sway and make decisions that their big-dick swinging boys club might not be willing to acquiesce to typically, but because they like having sex with their trophy wives, might just concede on.

Childhood-into-adult obesity goes down, because little girls want to grow up to be vapid trophy wives, and little boys learn real quickly that staying in shape is the easiest way to keep the attentions of these aspiring women.  Fashion rises to a new renaissance as the Mean Girls of the world conspire and bully the scene into their own personal playground.  Global conflicts go down as the women behind the men quell the shadow wars and unspoken tensions between world leaders, through catalogues of saucy sexual advice shared, reducing aggression and the need to threaten war on one another.

ISIS tries futilely to keep the world shackled in terror by bombing and destroying sacred historical sites across the world, but the influence of Trump rejoices at the opportunity for luxurious hotels and property development.  Eventually, ISIS tilts from being completely incapable of rattling the rest of the free world, and eventually gets overly ambitious with their love of bombs and accidentally blows themselves up, leading to the eradication of the world’s biggest organization of antagonists, but nobody cares because everyone is way too busy absorbed in themselves.

The quality of live amongst African-Americans, Hispanics, Asians and other minorities are still shit, as white America dominates the rest of the globe.  Roots is remade with a white cast, and every successful Korean love story television drama is usurped and re-released with Michael Cera, Anna Kendrick and Channing Tatum as leading roles.  The Great Wall of Mexico instills a defiant sense of nationalism amongst Mexicans and they grow into a prideful, powerful country, resentful of the United States and now our greatest rivals are only divided by an artificially created wall.

Not everyone can be winners, but such an unfortunate conclusion that most are astutely aware of already, but at least we’ve got a few years of an easy topical well to try and be funny with!