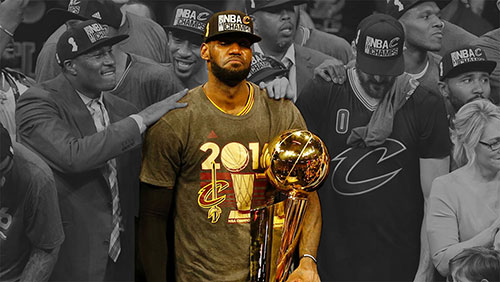 When I was a kid doing a lot of growing up in the 90s, Charles Barkley was one of my favorite players.  I loved that he was this kind of undersized, pudgy bald guy that still dominated the power forward position with an innate ability to both score and rebound.  But I also loved that he was an outspoken rebel of some sort, in an era where MJ, Magic and David Robinson were these saints of positive PR, regardless of how trite and scripted it might have sounded.

But now that I’m all old and shit now, Charles Barkley is still a guy that I’ve always enjoyed, and I have to give him credit for managing to be known and relevant to this day, despite the fact that he stopped playing nearly two decades ago by now.  Whether it’s ragging on referee Dick Bavetta to the point where they actually had a televised foot race during halftime at a game, to randomly showing up on a variety of internet videos celebrating his gluttony or paying him to try and shoot three-pointers while inebriated, to his endless criticisms of today’s players compared to the guys of his playing days, Sir Charles has inexplicably managed to stay relevant for years.

It’s the latter that has occurred at such a frequency that Barkley’s been crossing and leaving behind the line that divides him as a tough guy from an era long past, to sounding like a bitter old man, seemingly jealous of the evolved athleticism of today’s game compared to when he played.  To some degree, I agree that it’s a different game, a little softer than it used to be, with personalities rampaging way out of control in comparison, but it’s also a whole different world surrounding the game as well, and everything is related in the broader picture.

Apparently, Barkley has been riding LeBron James a little hard throughout the years, and throughout all this time, LeBron has been taking the high road and keeping his mouth shut.  Now I’ll agree with Barkley on the narcissistic “The Decision” way that LeBron left Cleveland and went to Miami a few years ago, and that LeBron’s more recent going public with comments stating that he wishes the Cavs had a few extra players in order to compete might have been a little soft.  But apparently, Barkley’s been barking up the tree for so long that finally, LeBron has had enough, and decided to finally fire back.

I’m not going to pretend like I’ve been the biggest LeBron James fan throughout his career, and honestly there was a point where I didn’t care about him at all, and wanted to see anyone but him win.  However, aside from The Decision, I respect the way LeBron has conducted himself throughout his career, and I respected like hell that he promised a championship to Cleveland and actually delivered it. That’s incredible in today’s professional sports landscape, no matter what way you look at it.

But everything in LeBron’s rebuttal to Barkley is 100% true.  LeBron never had any disorderly conducts like Barkley has.  No documented drunken benders, no showing up to the All-Star Game hungover.  Whereas Barkley vehemently stated that he wasn’t to be a role model, LeBron has embraced it, and understood his obligation to be a good role model to all the kids that looked up to him.

Barkley’s remarks about how he, like everyone else, hated when LeBron went to Miami to join Dwyane Wade and Chris Bosh and make a super team, are kind of hypocritical, considering Barkley himself attempted to gravy train his way onto a super team, when he joined the Houston Rockets at the tail end of his career, joining with Hakeem Olajuwon and Clyde Drexler with hopes of winning a title.

The difference was that an older, declining Barkley joined an older and declining Hakeem and Drexler, and the team ultimately ended up falling to the Utah Jazz in the playoffs, whereas a prime LeBron James joined a prime Dwyane Wade, and won two championships.

And that’s really where things definitely favor LeBron, and is the one thing that Barkley will never be able to defend against: LeBron won three championships, while Barkley won zero.

Charles Barkley can flap his gums all day long criticizing LeBron James, but frankly I think it’s all for naught, and that there are slightly more intelligent choices to direct his old man ire at instead.  Obviously, if there is any resolution in LeBron vs. Barkley, it will be an overly-PC, fake-ass meeting where Barkley eats a little crow, LeBron states his respect for his elder, and the two shake-hug before going off camera where they’ll resume their dislike for each other in private.

The point of all this is that I think Charles Barkley has barked up the wrong tree, and LeBron James can and has appropriately put him in his place.  He held his tongue for years, but there comes a time when enough is enough, and Barkley couldn’t leave well enough alone, and LeBron has begun a verbal counterattack that through just its first wave, has already owned Sir Charles and pushed him back onto his cushy analyst chair.  If Barkley is dumb enough to continue, it can only get worse for the Round Mound of Rebound, but damn it, his actions have forced me to take the side of a guy that I’ve mostly been indifferent about his whole career.