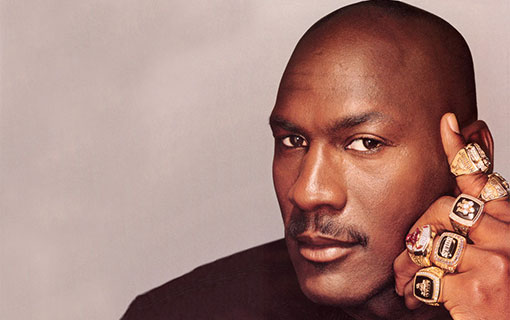 Owned: owner of the Golden State Warriors Joe Lacob’s feelings are hurt when Michael Jordan is on record saying that the recent record-setting 73-win season by the Warriors doesn’t mean (shit) because they failed to win a championship

Classic MJ here.  Absolutely refuses to give credit to anyone that did something better than he did, and in this case, it’s the 2016 Warriors that trumped his 1996 Bulls, by winning 73 games.  But Jordan has a point here, because although the Warriors broke his Bulls’ 72-win record, they failed to finish the season like the Bulls did – with a championship.

It doesn’t matter if you make it to the NBA Finals with 73 wins or 48.  If you fail to win the Finals, all the wins prior to it are rendered completely meaningless.

So point to MJ for verbally obliterating the Golden State Warriors by saying their 73-win season didn’t mean shit because they failed to win a championship.  He’s 100% correct with that statement, because when the day is over, championships are all that matters, and not how many regular season wins an organization amasses.  I mean, look at the Utah Jazz who have pretty much won 50+ games every year for the last half-century; they always get in, but as sure as the sun rises, they get bounced and they do not win a championship.

Even in the defeat of one of his hallowed records, MJ still comes out victorious in the war by discounting the accomplishments of the Warriors with one simple radio interview.  There is nobody in history who has ever poked the beehive known as Michael Jordan’s competitive nature, and has actually escaped unscathed.  The man’s competitiveness knows no mercy, and it doesn’t matter if he’s now 53 years old, he will always find a way to put an opponent on a poster.

This is a great example of just how soft the NBA of today is compared to the NBA of the past.  MJ emasculated the entire Warriors organization and got away with it, scot-free.  Letting a 53-year old has-been verbally disrespect and take a steaming dump all over a record that broke a record that was thought would never be broken, and instead of shooting back, admitting that it hurt.

I mean, look at Shaq and Charles Barkley, who were debating on national television over Barkley’s feud with LeBron James; and when Shaq tries to tell Barkley that he would fight him over that kind of shit said to him, Barkley doesn’t wait a single second to tell him that he’s a bad fighter, and is irrelevant.  That’s the kind of heat and killer instinct that existed back in the day, compared to the softness of the NBA today, like a wet sponge.

The NBA on NBC theme had meaning, and there’s a reason why it isn’t used any more today; because today’s NBA doesn’t deserve it.