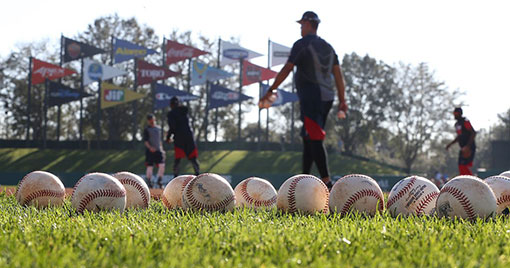 In short: the Atlanta Braves won another $4.7 million in taxpayer money for their new Spring Training facility in Sarasota, Florida

I love the fact that the term “won” was used, because that’s kind of just it; the Braves didn’t really earn this money, or do anything in particular to have deserved the money, they just kind of gambled their time and effort to get the money and just so happened to win out, when city commissioners put the decision to vote, and it barely nudged 3-2 in favor of giving the leeches free money.

I actually love these kinds of stories about hypothetical numbers, because in just about every single case, the estimates are just that, and always get blown past whenever projects like new sporting venues are like 60% done. Supposedly, the city of North Port has agreed to pay $25 million in total, with the state of Florida being on the hook for another $20 mil, which means that there’s only an estimated $30 million left for the Braves to try and weasel out of paying.  This doesn’t account for the fact that, and I would wager money, that by late fall this year, something will go wrong, and the Braves will require somewhere around another $20 million in order for the project to continue.

In the end, I’d guess this whole project ends up around $115-120, with the Braves paying like $2 million, while the rest comes from direct or indirect taxes and tax credits meant to cater to them.

The saving grace is that with a new Spring Training facility, and with somewhat fresh ballparks for just about every ballpark in the Braves system, it might be a little while before any more crookedly greedy new ballparks need to be built in the team’s visage.

But then again, Turner Field was only given 17 years before it was deemed too old and required a move, so I guess Rome, Jackson and Lawrenceville should probably be keeping their eyes peeled for some fresh new real estate, because their shitty not-old parks are about to become old in about ten years or more, real quick.