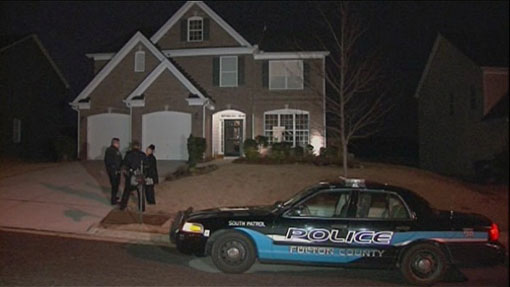 File this under “shit nobody but me will really give two shits about” – the fairly, newly formed City of South Fulton has voted on its official name moving forward: Renaissance, Georgia.

I don’t hide the fact that I’m extremely guarded on the internet when it comes to stating anything that discloses my general locations, but I have openly disclosed that my previous place of residence was most definitely on the southern side of the Metropolitan Atlanta area.  I’ve also said that this is a mistake that I vow to never make again, and that I’m confident that I could not even be given money to live down there again, and it would be a safe bet that it would be a snowball’s chance in hell that such ever happens again.

However, despite the fact that I no longer live on the south side, I can’t help but still be somewhat interested in the happening that occur down there.  Sure, most of it is usually crime related or other things that are tragically ironic, but now that I don’t live there, I can witness the things that go down there in something of an anthropological manner, because it really is fascinating to me the sheer disparity in quality of life the south side is privy to compared to just about all other reaches of the Metropolitan area.

One of the hot topics in my fleeting days in the south side was the proposal that the southern chunk of Fulton County, so ironically endeared as simply “South Fulton,” was trying to attain unincorporated city status.  And with just cause too, because it’s about as secret as sexual harassment in Hollywood that the allocation of Fulton County resources was like 65% to the northern half, 25% to the area surrounding the airport, and a paltry 10% towards South Fulton.  South Fulton had the worst infrastructure, the most promises that went broken and unfulfilled, and a general sense that nobody gave a shit about the south end of the county.

The thought was that by attaining cityhood, South Fulton could effectively privatize, if that’s the right terminology to use in this context, many services, and build some sort of infrastructure that didn’t have to be shared with the entire rest of the county, which includes the actual City of Atlanta, as well as the vastly more affluent northern reaches of Sandy Springs up to Roswell.  And then the entire South Fulton region could live and die by their own sword, and not have to be held so much to the unequal and blatantly unfair allocations of the county proper.

Honestly, it’s a good thought and I get why lots of people who live in the area wanted it.  Frankly, I knew I was on my way out when the initial vote for cityhood was on the ballot, so I figured to just vote for it, it wasn’t going to be much of my concern in the immediate future.

And in a positive demonstration of what could happen if people actually went out and voted, much to my own surprise, the vote for cityhood actually passed, and South Fulton was now its own city.

However, you can change the labels of a region, but you can’t change the people that live in it.  At least not immediately, and not without tactics that don’t involve opening a whole other can of worms.

As much as the residents on Nextdoor seemed to be ecstatic and overjoyed that cityhood was attained, this was just on Nextdoor.  And if Nextdoor is often a microcosm of neighborhoods and communities, then this was just a slice of the people whom some are very passionate and really ready to volunteer and put their best feet forward in making progress, but then there are plenty of others who exist to simply use the forum to bitch and complain about their petty issues, whistle blow on minor nuisances, and then there are assholes like me who just love to watch the chaos from a nice safe distance, and seeing people try to keep the peace with quotes from the bible while simultaneously trying to get the last word and we all know how that ends up in predominantly black communities.

Needless to say, the vote for cityhood passed around this time last year.  Last year.

Today, it’s announced their new name, Renaissance, Georgia.  Today.  A year later.  Just to come up with a name.

There are still no real elected officials in place, yet thousands of dollars have already been spent on shit like a logo that’s already obsolete since it’s no longer the City of South Fulton but now Renaissance, to which I’m sure another few thousand dollars will be spent on making a logo for that too.

Sure, it’s no secret that news from the south side is sparse, and whatever does emerge is usually crime related, but I still keep a finger to the pulse because I’m genuinely interested in seeing the life of my once home area continue to pulse and see how it develops.  And, loving all the reasons that emerge that justifies my choice to bail when I did, and how good of a decision it was.

In other words, nothing’s really changed from an infrastructure standpoint as far as South Fulton County is concerned.  Crime is higher than ever, police response times are still the same slow pace, and real estate once thought to be for shopping, future homes and basic conveniences, is being proposed to be earmarked for warehouses and industrial properties.

People love to plan, to dream, and to debate change, but nobody really wants to put forward the effort to actually make anything happen.  And when there are people who do take steps to develop, then the natives bitch and moan about how the things arriving are things they don’t want.

It’s almost tragically ironic that South Fulton is being named “Renaissance.”  A name synonymous in history as a period of time in which art, technology, education and life in general, blossomed at such a rapid pace, that it’s considered one of the critical points in which mankind itself advanced as a whole.  I can’t really say that I anticipate much advancement of society coming out of South Fulton County, considering I lived there for 13 years and bore witness to all the broken promises, lack of infrastructure and increasing crime rates that living there entailed.

I will say though, “Renaissance” is far from the worst name to win, given the alternates.  “Wolf Creek” wouldn’t have been terrible, but I’m sure there’s a stigma about being named after feral predators and given the demographic of the region that nixed that notion real fast, and “Atlanta Heights” just sounds like the ghetto people think South Fulton is.  In fact, no matter where I’ve lived in my life any place called “_____ Heights” was always a ghetto area, usually where all the efficiency living apartments or the problem children were all from, and even though I don’t live there anymore, I’m glad it’s not going to be Atlanta Heights.

Especially since I don’t know what’s actually going to happen to all the current names of the towns within South Fulton, like Fairburn, Hapeville, Union City, and East Point.  It’s bad enough that nobody ever knew where Fairburn was, but if they’re all under the umbrella of Renaissance soon, I’d hate for people to assume I must have lived in like East Point or Union City.

I guess the home I’d lived in longer than anywhere else in my life is about to soon become a thing of the past, and that kind of sucks.

But despite the hopes and dreams of those who live in now Renaissance, Georgia now, it’s going to require a lot of help and work from all hands on deck if it’s going to have any chance in hell of actually developing and growing.  The easiest thing to do would be to integrate a few penny taxes here and there to help build the county’s coffers, but it would undoubtedly cause the natives to bitch and contest, and then perpetuate the cycle of failure that the area is already synonymous for.