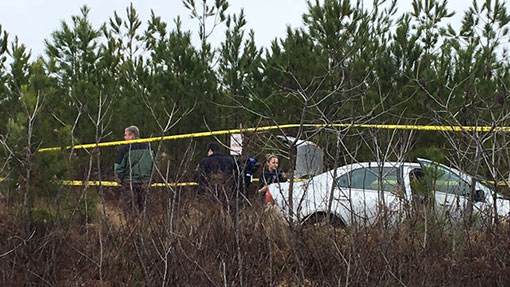 Look, I could curate what I decide to post when, in accordance to the holidays, or I can talk about relevant and current happenings when they’re fresh and breaking.  That’s what life is, unflinching and unforgiving in the face of capitalistic traditions like holidays and seasons, and shit happens no matter what time of the year is.

So when bodies are being found in the trunks of abandoned cars outside of Waffle Houses right before the Christmas weekend is under way, it’s worth mentioning, even if it’s kind of a wet blanket in the goodness and joy of an impending holiday.

Especially since it happened at a particular Waffle House that was not only not that far from where I used to live, it was one of the Waffle Houses that I’d been to several times the mornings after a bender of earlier years.

I say it often, that not a day goes by that I’m thankful to have gotten from my previous home; I’ll always miss the experience and memories accumulated by living there, but I will never, ever miss the degradation of the area and the steep downhill direction South Fulton county was headed.  When I moved out, I was concerned over the escalating petty crimes, the break-ins and bad driving behavior; through the magic ear of NextDoor, I’ve been able to know that it’s been going further downhill with loitering and gunshots entering the fold.

I never thought, but I guess I should have expected, that eventually some fatalities would come into play, and dead bodies being found in the parking lots of Waffle House?  Yeah, I think that’s one of the nails in the coffin of relief that I truly feeling having gotten away from the area.

Jesus Christ, that was something you don’t really expect to hear happening in your neighborhoods, much less your former ones that you’re glad to have gotten away from.  But either way, given the direction that South Fulton is headed, I can’t say that I’m the least bit surprised.

Whatever though, it’s unfortunate that it happened, but as callous as it sounds, better them over there, than anyone over where I am now.  The holidays are supposed to be a time of relative peace and happiness, but clearly some people haven’t gotten the memo.

Regardless, to all of my now, zero readers, Happy Kwanzaa.