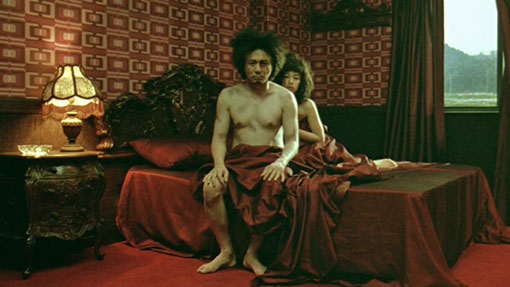 In this particular dream, Earth has been invaded by aliens that remain faceless throughout the duration of my dream.  They do not seem to necessarily be hostile, but based on their request of humanity, there is an underlying threat of world domination that seems to be present throughout it.  I think at one point in the dream, I compare them to the Borg from Star Trek, and that the key to defeating them might be domesticated animals like dogs, because they seem to have a lock down on dominating humanity, but not necessarily animals.

Anyway, the aliens basically request that humanity submit to them, and that humans can voluntarily submit themselves to a remaining lifetime of captivity where they will live out their lives in what’s basically hotel rooms or really small apartments.  However, they will basically get anything they want or need, so it doesn’t really sound like that bad of a deal, except for the fact that we’re all voluntarily giving ourselves away to live in a degree of captivity.

Mythical gf and I, among many other people in the world decide to take the deal, because there’s an underlying sense of humanity going all biblical on each other once the aliens likely become more hostile and violent to resistance of their existence, and the notion of safety and security in spite of confinement seems like the more logical choice than to live in a world that has a high chance of going dystopian.

We show up to one of the areas where humans basically check themselves in, and naturally there’s that perpetual second-guessing of wondering if we’re doing the right thing, and how we’re basically giving up our lives and all of our earthly possessions and that there’s not really any turning back once we give ourselves up.

I have this hair-brained idea that we can harness the destructive nature of our dog, by bringing some tennis balls along, with the hopes that at some point in the future, I’ll be able to hurl them around the mechanics of whatever superior technology the aliens have, causing not just our dog, but all other like-personality dogs to go apeshit and inadvertently destroy everything in their frantic pursuit of tennis balls, causing the destruction of the aliens and liberation for all humanity.  Needless to say, I specifically recall having tennis balls in my personal effects when I’m entering the ship.

Either way, the dream ends up with myself and mythical gf in our intergalactic hotel room to start living out the rest of our lives.  Meanwhile, the humans on earth that aren’t giving themselves up, who really knows if they started to grow hostile and resentful of not being the top of the galactic food chain any further?  What did the aliens even look like?  Who really knows – that’s the weird thing about dreams, they don’t always have answers or follow through, and they don’t always necessarily have to have meanings or reasons.

I think what it boils down to is the fact that I recently finished watching the fourth season of Black Mirror, and my brain is flush with odd ideas recently.  But man was that a weird ass dream.