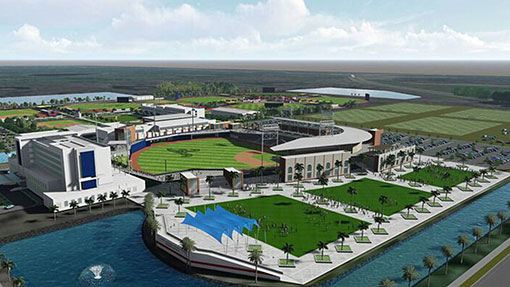 However, due to the rapid rate in which the revised increases are occurring, at this point I wouldn’t be surprised if the whole shebang ended up being $140 million.  And if we’re hitting $140 million, why not just go for a nice round 200% final cost and bump it up to $150 million?  I’m sure facility-wide wi-fi, or air conditioned-vented seats inside the corporate box suites for a spring training facility that gets used heavily two months out of a year could easily have $10 mil dropped on it by the Braves, naturally at the expense of Florida taxpayers, and inflating the cost of spring training game day tickets for the fans.

Whatever though, screwing taxpayers and fans is par for the course when it comes to the daily operations of the Atlanta Braves.  As much as the organization touts “the Braves Way” when it comes to conduct from the players and personnel of the sports team, there’s a completely different Braves Way when it comes to how the upper-tiers of the non-sports and business puppeteers of the company operates.  Shrewd negotiating, covert tactics, guerilla operations and a complete disregard for the plebes and their nickels and dimes that ultimately shape all of their greedy visions and objectives.

That’s the Braves Way, at the corporate level.  $110 million as of January 2018, and we’ve still got 12 full months and change for that figure to keep climbing up, prior to the mandatory reporting of pitchers and catchers in 2019, marking the official start of operations.  I’ll set the over/under to $140 million dollars, and I’m taking the over.