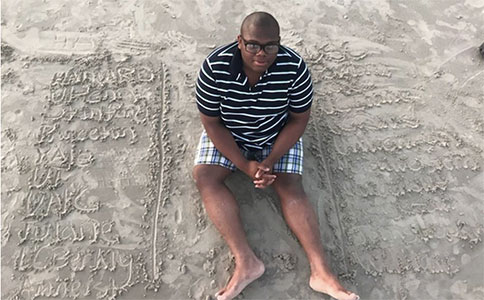 Of all of the things that seems to be a thing every single year, I’m beginning to feel like “kid who applies to and gets accepted into X number of prestigious schools” is becoming one of the most insufferably arrogant things there is.  I get that if a kid is smart and has a very bright academic future ahead of them, they should absolutely be shooting for the top, but to apply to 20 schools?

Lookit, most colleges, college applications aren’t free.  Even if you want to apply to 20 schools, that’s still a lot of cumulative money going towards application fees.  And I only applied to four schools, got accepted into three of them, and barely went to one of them before I nailed down an actual job and decided that I’d rather work than keep going to school.  For someone so allegedly smart, applying to 20 schools seems almost insecure, or desperately seeking validation, since a kid with a 4.68 GPA* and a 1540 SAT** should probably be a layup to get into just about any school they’re applying to.  So he could’ve probably applied to even just the Ivy League schools, gotten into all of them, and called it a day, but instead, little Captain Tryhard here had to go ahead and apply to 20 total colleges.

I’m sure his parents were thrilled with having to pay the application fees for 20 schools, but I suspect that through some convoluted means, it might not have been as financially taxing as it probably should have been.

*how much extra credit needs to be done to get this high over a 4?**how much does it suck for the kids who had to endure the 2400-point scale only for it to go back down to 1600?

Either way, I’ve noticed that a story like this seems to emerge this time every year for the past few, and I can’t help but think how insufferably obnoxious it is every time it does.  At the root of these overachieving choices to apply to every school, I feel like it’s no different than any asshole on the internet hoping to have a reason to have 15 seconds of fame and notoriety in the event that they actually succeed.

That being said, it makes me wonder if these Captain Tryhards are actually applying to the alleged numbers they’re saying they are, or if they actually applied to more, but conveniently chose to not mention the schools they didn’t get into.  Like this year’s Captain Tryhard, he got accepted into 20 schools, but who’s to say that he didn’t apply to like, 50?  It’s so easy to skew data into more favorably sounding conditions.  The problem is that the Ivy League schools all seem to be on board with these clowns, so it brings credence and credibility to their stories regardless of who might have denied them.

But it would be hilarious and humbling to know that like although Harvard and Yale might have accepted someone, but they were denied by like Ohio State or UCLA.  Would love to see the expressions on their faces when they receive any sort of academic denials.

The point is, I find these annual stories stupid, because it makes me think about people doing it for all the wrong reasons: internet fame, attention whore seeking, and not necessarily their own academic pursuits.  It also isn’t lost on me that the vast majority of these stories tend to always be minority demographics that aren’t Asian, driving home that whole thought about the fallacies of affirmative action, and adding to the numerous evidence that Asians have been perpetually penalized for their higher academic standards than everyone else.

Regardless, it’s impressive that these academic stalwarts can accomplish so much, but god damn is it annoying and old hat at this point that they have to be boasted about every single year, because with each passing spring, it’s becoming less and less special, and more and more obnoxious.