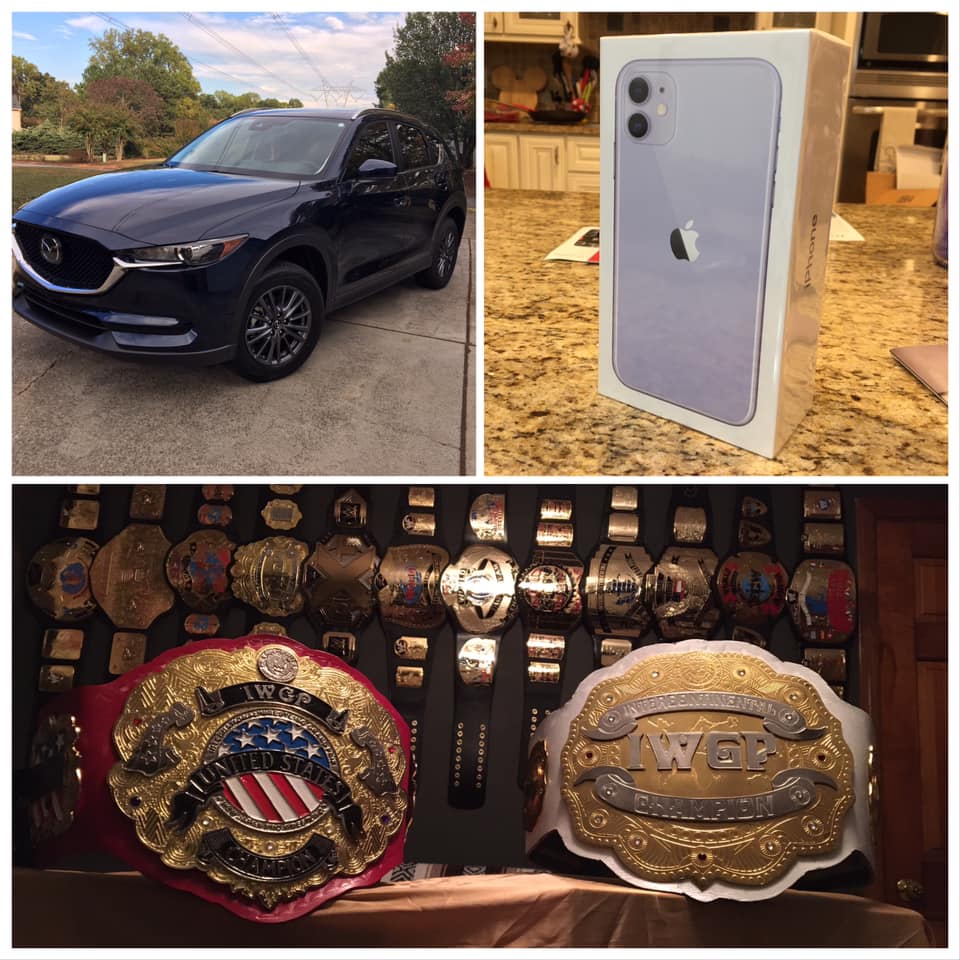 I didn’t want to hijack my swan song for my former Kia, but I don’t think I could’ve made it more obvious that I got a new car earlier this week.  A 2019 Mazda CX-5 is what my ride will be  hopefully for the next decade or so, and I’m really hoping that me having this car from the very start will exorcise and wash away the demons of the rotten chicken lemon I had years ago that also happened to be a Mazda.

I’m confident in my capabilities as a car owner to take good care of this car, and considering it was purchased fully knowing that it will also be a kid taxi throughout the vast majority of its life, I am hoping to be as satisfied and sad when I unload it in hopefully a decade, as I was with my previous Kia.

During the car search, it really turned out to be a two-horse race between the Mazda CX-5 and the Hyundai Tucson.  Both cars fell into the specific criteria that I was looking for, but in the end, it turned into a game of price as well as perception.  And as good of a car that I think the Tucson would’ve made, the CX-5 just felt a little more high-end and aesthetically refined, and when the day was over, Hyundai had already rolled out their 2020 vehicles, whereas Mazda was still selling 2019s, so in this instance, the Korean car was actually a little more expensive than the Japanese maker.

Either way, I am excited to have a new car again, and it’s always a fun time whenever I hop into my vehicle that still has the new car smell, and ease my way on the roads, getting used to the feel and size of a larger vehicle, and the thoughts of all the future potential it’ll be used for in the years to come.

In addition to having gotten a new car this week, I also found it high time to finally upgrade my phone, since my iPhone 6s is now the literal bottom of the food chain as far as supported Apple devices go, and the throttling is hitting it so hard that my phone’s battery life can literally go to 100% to under 20% in mere minutes.  That combined with the fact that my 32GBs are struggling to keep up with my usage demands, now seemed like as good of time as any to finally upgrade.

Frankly, I was hoping that what had happened when I got my 6s would’ve happened this time around, which was, despite the fact that all cell providers are pushing leases like crazy, Sprint still came out of the woodwork and offered me the heavily discounted 6s I ended up getting for signing up for another two-year agreement.  Which was totally fine with me, considering I’ve been a Sprint customer since 2002, and am just frankly too apathetic to bother caring about switching, and they’ve never wronged me to the point where I needed to switch, immediately.

Unfortunately a lot of time has passed since then, and it’s apparent that all the providers have figured out how to best bilk money from their customers better than they did back then.  So unfortunately for me, I’d have to lease a phone, but ultimately my lack of understanding that I can still lease-to-own it makes it a little more tolerable, that despite the fact that I’ll still be dropping near a grand on a phone, at least by the time my lump sum payment comes, it’ll be somewhat comparable to when I bought a discounted phone.

Either way, I have a new phone this week, in addition to my new ride.  Frankly, I was never an early fan of the full screens of the newer iPhones, but considering my options were to move to a shitty Android phone, an old-ass iPhone 8, or accept the new tech, I opted to get to the top of the food chain (where I belong) and get an iPhone 11.

Hopefully, this phone lasts as long as the 5 and the 6s that preceded this one.

Because it’s me, shit like a new car or a new phone isn’t really brog-worthy news… but what if I were to say, boast about how I’ve gotten like a new championship belt for my collection?

Frankly as much as I liked this gaudy belt when it was first introduced, I had reservations about pursuing one; partially because I was dubious about breaking my black-strap belt collection, but mainly because New Japan Pro-Wrestling doesn’t actually make replicas of this belt in the first place; they barely make a replica of the IWGP World Championship, and the vast majority of people can’t afford a $2,100 replica.

But when I got my hands on an NXT North American Championship with its bronze colored strap, all bets were off.  I saw this bad boy on eBay for a reasonable cost (for a wrestling belt) and I pulled the trigger.

Because I am a grown-ass man, and I collect professional wrestling replica championship belts.

Now the question really is, because New Japan doesn’t make official replicas of these belts in the first place, are the ones I purchased actually knock-offs?  Or does that make them more replica than the replicas that don’t exist?  Either way, I don’t really care; they’re both of pretty decent quality, and pass the eye test at immediately knowing what they are at a quick glance.

So that completes the week of new shit.  A new car, a new phone, and TWO NEW BLETS.