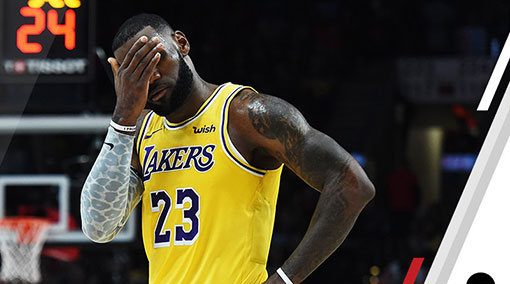 Of the numerous things that has pushed me from disenchanted to faith broken with America has been the recent events of how the Personal Paycheck Program, or what most people know as “the small business relief” program, was abused like a child on a Lifetime network special, and ultimately ran out of money, leaving countless small business owners across America dead in the water.

For clarification, what had happened was that a ton of notable, recognizable and most importantly, large businesses, began declaring themselves as small businesses, and began applying for the PPP loans left and right, and the next thing we know is that companies such as Ruths Chris Steakhouse, Shake Shack, Ritz Carlton hotels and W Hotels, among countless large businesses were receiving millions of dollars in relief loans, and eventually the entire PPP program literally ran out of money and said fuck it and fuck you to the rest of all the applicants that were actual small businesses whom the program really was designed for.

Basically, they all gamed the system because America is not the smartest kid in the class in spite of what Americans might believe, and the criteria and literature behind the loan qualifications had more holes than a Baked Potato in Charge Twitter rant, and big businesses were more than happy to capitalize.  Most franchised businesses began applying as individual applicants to qualify and then suddenly Potbelly Sandwich Shop has amassed $10M in loans despite the fact that they’re literally a publicly traded company, while the local sub shop in your neighborhood can’t even get a form letter of rejection, because the US Postal Service is under fire, and there’s no money for fucking postage.

However, among the elites that have received PPP money, one of the ones that ticked a nerve with me was the Los Angeles Lakers basketball organization, which received $4.6M in loans from the program.

The Lakers, an NBA team, which like most professional sport teams, practically prints money, applied for, and received money reserved for small businesses.

Fuck the Lakers.  They’re literally a franchise valued at over $3 billion dollars, and they’ve got the audacity to cry poor and apply for a PPP loan?  To say bullshit on this is about an understatement as saying coronavirus is just a really bad flu.

The irony is that $4.6 million isn’t even 1/8th of what LeBron James’ salary is.  Don’t get me wrong, LeBron James personally is a pretty charitable dude and I admire what he’s done with his influence and it’s not his decision the Lakers choose to give him $37M to play a kids’ game, but the fact is that he and countless other professional athletes make way too much fucking money and the teams that employ them make even more so it’s fucking abhorrent and greedy that they’d have the gall to pretend like they’re small businesses, just to get some more money.

Naturally, the Lakers returned the money, citing ignorance at how devastated the actual small business world landscape actually is.  But the reality is that they returned the money because they got caught getting it in the first place, and it’s tremendously poor optics that a $3.7B company got caught with their greedy paws in the cookie jar.  It’s the same song and dance for every other large business that got relief money and was caught doing so, because they were hoping that nobody would notice, and then they’d pad their coffers with government funds so they didn’t have to use house money.

I love the people who applaud the Lakers, or any other company that returns their funds, because it’s like that’s nice and all, but they’re all still greedy fuckheads who applied for the money in the first place, which is a malicious act in itself.  The real shitfaces are the big businesses that received money but are refusing to return it, and then citing all sorts of bullshit reasons why they need it as if it were anything other than trying to protect the bonuses of some investors or some figureheads up top.

Bottom line is, any company that is publicly traded, known on a global or at least national level, that pulls this shit, is a fucking rotten business.  I know I’d put myself at risk of having to alienate a business I personally like, but knock on wood, I haven’t heard of any big businesses that I favor having done this shit.  Yet.  Hopefully never.