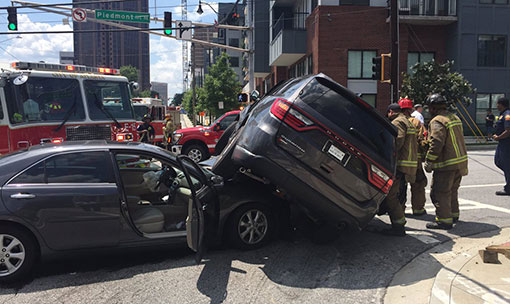 In news that just about anyone probably could have seen coming, Bubba Kemp went ahead and lifted the shelter-in-place order for Georgia, save for the obvious exceptions of people with any sort of immunocompromised circumstances (or the morbidly obese, for some reason).  I’m actually amazed that Bubba has (or more realistically, someone in his office has) enough common sense to have any exceptions at all, since he’s doing his very best to kill as many Georgians as possible, it seems.

In spite of the fact that coronavirus is going absolutely nowhere, hasn’t slowed one bit, and has statistically reached the point where more Americans have died from coronavirus, than Americans killed in the Vietnam War (over 50,000).  Also in spite of the fact that his lord, savior and god-king, the Baked Potato in Charge has publicly lambasted him numerous times by name at this point, I’m getting the sense that Bubba’s good ol’ boy pride is kicking in at this point, and despite the fact that he has no dignity to begin with based on how much teat-suckling he’s done to the Potato administration, I think he’s making a gamble to demonstrate what little cojones he’s got by continuing to double and triple down on his choices to kill Georgians.

The latter is actually very amusing to me, and I love the optics of Bubba acting like a kid who’s mom is pissed at him, and trying so hard to drag in straw men arguments and deflect as much criticism as he possibly can.  All while the Baked Potato in Charge continues to rain haymakers on him from Washington, continuously using his full name to draw emphasis in front of cameras of national networks, deliberately making sure that everyone knows who the country’s biggest clown is right now and how it’s not himself.

I have this escalating fantasy that this pathetic feud is actually making Georgia Republicans disenchanted, or at least very confused on whom to support, between the head cheese of the state, or their god-king in the Baked Potato, and it’s going to be like a lion in a herd of gazelle, where they don’t know who to throw their allegiances to in future elections, become overwhelmed, and then don’t act at all, allowing all the gazelle to escape safely, which in this analogy means defeat for the clowns.  But politics is anything but prone to fantasy, so even in spite of this, I can’t imagine racist Beckys and Trents still won’t vote red just because they don’t know how to do anything else.

Anyway, in news that kind of came out nowhere on the other hand, Bubba Kemp’s office has decided that it’s no longer necessary for teenagers to take road tests anymore in order to acquire their drivers licenses.  Obviously, this is a frightening decision, that further feeds the narrative that Bubba is really trying his best to kill Georgians, because the last thing the state needs on top of coronavirus, are 15 and 16-year olds being given drivers licenses without formal testing, and hitting the roads.

Sure, it’s listed as “temporary,” but if people don’t think there will be a massive uptick in licenses being acquired suddenly, they should have their heads examined.  Behind the wheel training and testing isn’t free, and when it’s no longer going to be required in order to get a license, pandemic or not, people will flood the DMVs or DDSs or whatever they’re called, in order to get their licenses as cost efficiently as possible.

I can see that the alternative to testing are signed affidavits from parents or instructors that these snot-nosed teens have completed 40-hours of behind-the-wheel supervised training, but much like Bubba himself, there will be countless frauds taking place, or ambivalent parents who just want their kids out of their hair who will sign whatever they want, and then there will be tons of inexperienced teenage shitheads flooding the streets, because they’re already out of school, gas prices are low as shit, and they have literally nothing better to do.  Suddenly giving them the opposite of shelter-in-place, and the immediate freedom to hop in cars and drive means they’re going to lose their minds and drive like unleashed assholes.

Georgia is trying really, really hard these days to take the title of being Florida, away from Florida itself.  They’re still a long way from accomplishing that, but I can’t imagine that there’s been many threats as valid as Bubba Kemp “leadership” has been lately.  Regardless, I can’t help but feel a degree of shame and embarrassment to admit that I live in Georgia, given how much stupidity has been emanating from my state’s leadership these days.

I’ve actually been giving it some thought, how I genuinely think that if the day comes that Bubba Kemp is actually defeated in the next election, I would actually expend the effort and money to preemptively renew my license, just so that I could get a nice fresh copy of it, that would be without Bubba’s signature on it.  I was disappointed when my previous one expired and I was forced to get a new one, and I saw his disgusting name printed on my legal identification.  I would, be that petty.