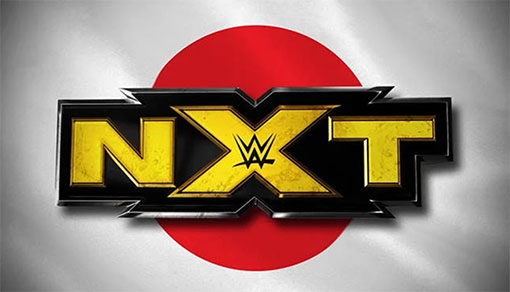 Prior to the rise and age of coronavirus, I’d heard rumblings of Triple H’s ultimate goal of basically colonizing various parts of the world with NXT. It’s apparent that he has visions of reinventing the territorial system, but in a manner where he’ll have a finger in every single one of them, by having an NXT division in all of them. And despite the notion that he could be saturating the industry with his product(s), the truth of the matter is that NXT, the WWE and their general modus operandi run pretty tight ships, and I have to ask if that’s such a problem?

One of the most oft-discussed future NXT territories, has been Japan; it goes without saying that when it comes to the professional wresting industry, Japan is easily top-3 when it comes to countries that take it seriously, between them, the United States and Mexico. It goes without saying that if there were any place on the globe that should be a priority for a future NXT brand, it’s definitely Japan. And try, the WWE and Triple H have done throughout the last year or so, and every now and then there’s news of WWE getting into talks to purchase some small federation in Japan, before it fizzles out somewhere along the line.

It’s pretty clear that the WWE’s intention is to purchase an existing company, re-brand it as NXT Japan and go from there, as opposed to starting something from scratch. Which sounds like a decent plan, as to minimize transitioning as much as possible, but if there’s one thing about Japanese culture, is that they’re extremely nationalistic and extremely prejudice towards outsiders seeking success in their lands. Whether the validity of the reports are true, supposedly the WWE has been shot down numerous times by various promotions looking to sell, and in some stories, some Japanese promotions be it New Japan, All Japan or some other players, have swooped in to purchase them, for seemingly no other reason than to cockblock the WWE from getting their foot in the door.

Whether or not any of that is true is really irrelevant in the long run, and I don’t particularly feel like going through the trouble to validate any of it, but the fact of the matter is that in the long run, it’s a moot point, because eventually, the WWE will get their foot into Japan, and NXT Japan will one of these days, eventually come to fruition. It’s not a matter of if, but when, because everybody has a price, and someone will eventually set aside nationalistic pride for financial gain and hand the reigns to their promotion over to the WWE, or failing that, the WWE will start from scratch if the projections of success are high enough.

I for one, am all for an NXT Japan division, because I appreciate and like what they’ve done with NXT UK, and I think there’s a tremendous world of opportunity and growth if an NXT Japan were to come to fruition. They’d obviously be the new base for Asian talent, and much like UK does, they can easily bring in talents from China, the Philippines, and if there’s even any interest in professional wrestling in Korea, why not see a first-ever Korean-born WWE professional wrestler too? They’d be closer for talent in the hot beds of Australia and New Zealand to feed into, and they’re an option for talents from Russia and India as well.

It’s not like an NXT Japan wouldn’t have the talent necessary to get off the ground. They’ll buy up some existing fed and cherry pick which of their performers they’re going to keep, and then they’ll go around poaching local and nearby talent, but then they can use any litany of any existing Japanese WWE performers, or any of the weebs who wouldn’t mind residency in Japan for a little while to help get the territory off the ground. Build a federation off of Shinsuke Nakamura, or have Samoa Joe be the first champion as an evil foreigner, and then have some of their native talents ascend up the ranks to take it away, to help build the brand.

Or have NXT Japan be the territory where women dominate the top of the card, and between talents like Kairi Sane or Io Shirai, be the top talents that run the territory, or bring back legends like Meiko Satomura or Kombat Toyoda.

The possibilities would be endless.

But most importantly, I’m all aboard the idea of an NXT Japan, because think of the potential for new belts that would inevitably be born there?? Undoubtedly, at the very minimum they would require an NXT JP championship, an NXT JP women’s championship, and likely NXT JP tag team championships too. Seeing as how the latest crop of WWE belt designs are all crap and I don’t really want them (unless they’re on deep discount), and AEW’s belts aren’t that much greater, and they don’t even sell replicas, an NXT Japan brand would hopefully open the door to some potentially more tasteful and collection-worthy belts.

The reality is that the possibility of new belts are my first and foremost priority, but ultimately, more product in different regions would undoubtedly be fascinating, and given how much I grew to like NXT UK before coronavirus fucked it all up, I’m sure that I would be all over an NXT Japan if it were ever to come to fruition.