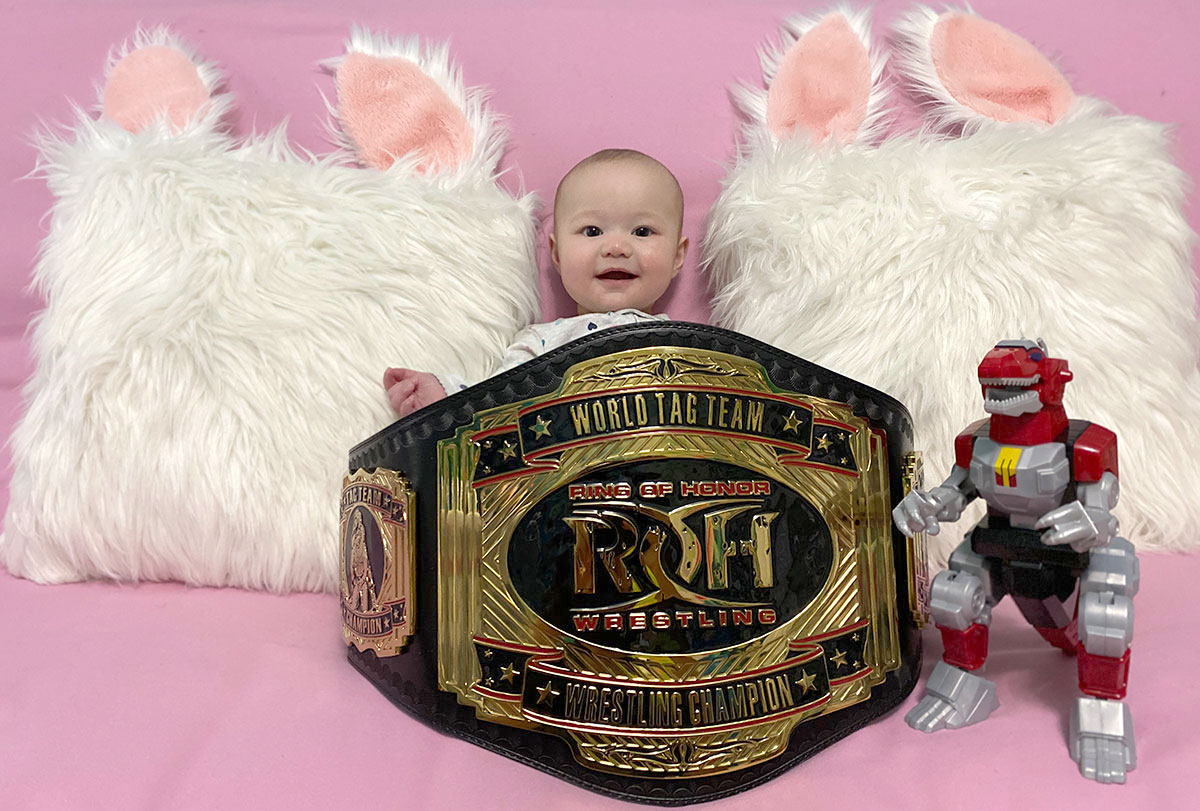 As my paternity leave winds down, I naturally feel like the last six weeks have blown by, and that I wish I had more time.  Mentally, I’m not really that prepared to return to work yet, but it’s not like I really have much of a choice if I want to be able to provide for my family, other than to suck it up and get back to it.  But I definitely wish I had more time, without a doubt.

Overall, the last six weeks have been mostly anything but easy, as raising a child is definitely no small feat, and I should be fortunate that I even had the luxury of paternity time in the first place.  As necessary as it most certainly felt to me, the reality is this is something that my company did not have in place when I first started there, which wasn’t even a full five years ago.  I remember the big deal it was within the company, and even getting some national news traction about how when we went full paternity, and thinking nothing of it back then, because I wasn’t even married yet, but having capitalized on it now, I couldn’t be more grateful to work for a company that offers it, because I know that such is not the case everywhere else.

But throughout my paternity leave, my child has grown a bunch, begun eating solid foods, competently rolling over front to back to front, has graduated out of swaddles, and has been teething, chatting a lot more, and we’ve begun trying to get her to sit up on her own strength.  One of my prime hopes was that while I was off, we’d be able to get her into a casting call for some sort of baby company, and put her to work a little bit, and once she actually did get put on a shortlist of candidates, but then they hit us with the curveball that all babies would be required to be able to sit up on their own power.  Bummer

Aside from baby-ing, over the last six weeks, I managed to get my brog back up and running, although it’s an indeterminate time to whether when or if I’ll ever get the pre-2010 archives back up and running, because that’s way lower priority than the brog.  I also had some house issues, when some freakish storms exposed some leaks in my home, which turned out to be a time consuming and costly ordeal in its own right, which really messed me up, and I also found out that my own dad has been having some minor health issues on his own, leading to my sister and I to have some real talks about the inevitable future.

Needless to say, it’s been a time during paternity leave, and it’s hard to comprehend that these six weeks have evaporated so quickly.  Put being on full-time daddy duty 10-12 hours a day, with next to no help and practically no down time for myself, and it’s been very understandable when people try to expound the difficulties of parenthood.

To reward myself and/or indulge in some retail therapy, I decided to get myself a new belt, as well as track down my own belated birthday gift, in this sweet Power Rangers T-Rex DinoZord.  And the belt is mostly as a result of an Amazon gift card my sister got me for my birthday when her own attempt to get me the T-Rex stalled out due to a flaky seller in Japan, and much like Target gift cards, I’m left with a wtf do I purchase, until it came to my attention that Amazon actually had a few people selling legitimate belts.  So now I have a Ring of Honor tag replica, that guys like Kyle O’Reilly, Bobby Fish, the Young Bucks, Hardys, AJ Styles, Kevin Steen Owens, Cesaro, CM Punk and Seth Rollins have held in their histories.

And modeling the belt is my new life-long tag team partner.  As intensive as some parenting might have felt at times, I wouldn’t take anything away from the last six weeks, and I’m sad that it’s likely I’ll not get another massive chunk of time like this to spend with my child for the immediate future.