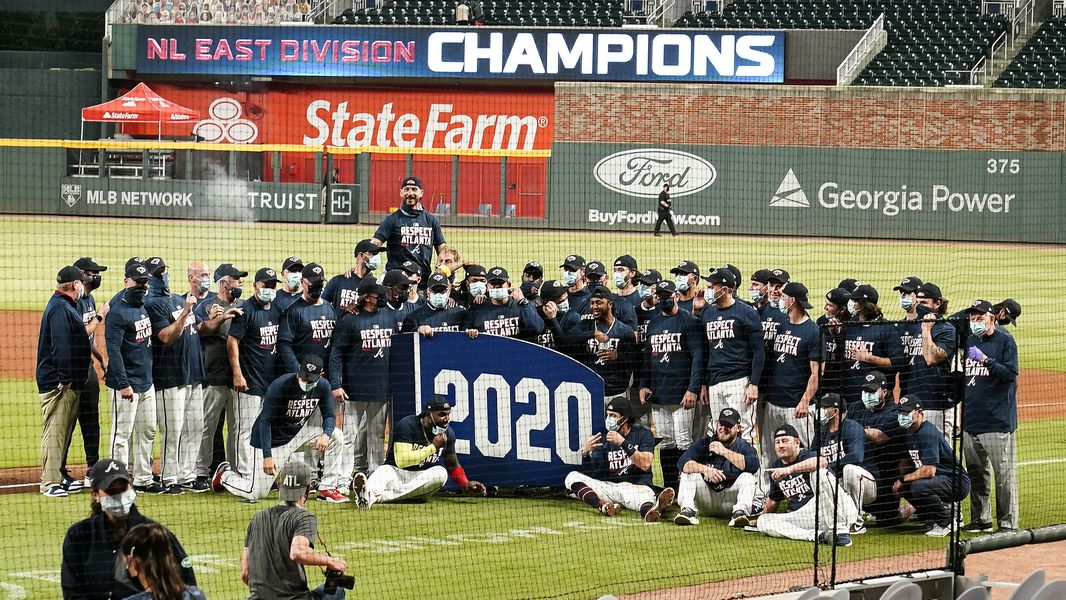 Doesn’t have the same ring as winning 14 consecutive division titles, but it’s still pleasant to hear that the Braves are back on top of the NL East as if it were the 90’s again.

But ultimately, it doesn’t really matter, because the Braves are basically dead in the water already.  As I’ve posted about numerous times throughout the years, and as history has proven, the Braves making the playoffs means absolutely nothing except another first round bounce.  The Atlanta Braves are the new Buffalo Bills.  Atlanta is now the new Cleveland, if you’re the type to not acknowledge an MLS championship as an actual championship.  Atlanta is undoubtedly the most insufferable, prone-to-choking sports town there is in the country.

If they don’t get the Cardinals, then they’ll probably end up getting the San Diego Padres, who in spite of their own historic ineptitude, have been playing like a season of destiny, and in spite of their wild card positioning, they actually have a better record than the Braves, but unfortunately share a division with another team of destiny, the Los Angeles Dodgers who are playing mad because they’ve lost two of the last three World Series to teams who were basically cheating, and are determined to make things right this year.  But the Padres would absolutely annihilate the Braves because if it’s not the Cardinals or the Dodgers knocking them out of the playoffs, it’s the lightning-in-a-bottle teams like the Padres that will 100% sweep them out of the playoffs.

Admittedly, I thought it would be funny if the Braves would find success in another shortened season, seeing as how they won the World Series in 1995, the last time there was a shortened year.  But that was still over 100 games, and not 60* games.  Plus, this was a great year to put baby luck to the test, since it was finally my turn to see if a team that I favored would win a championship in a year where a baby was born, but since mythical wife is a goddamn Yankees fan, she’s still in contention now and more likely to cash in than Braves will since they actually have some starting pitching.

The point is, just because the Braves clinched the division, there is absolutely no reason at all to be excited about the playoffs.  There is too much history, too many complexes, and most importantly the fact that the Braves have NO STARTING PITCHING, to believe that there’s any chance for success, and that a conclusion that isn’t a catastrophic failure isn’t a guaranteed result.

Although it will be impossible for me to not pay attention to the Braves in the playoffs, or be annoyed when they inevitably get bounced in the first round, the one thing that I won’t be when all of this comes to fruition is, surprised.  And that, is nothing to get excited about.