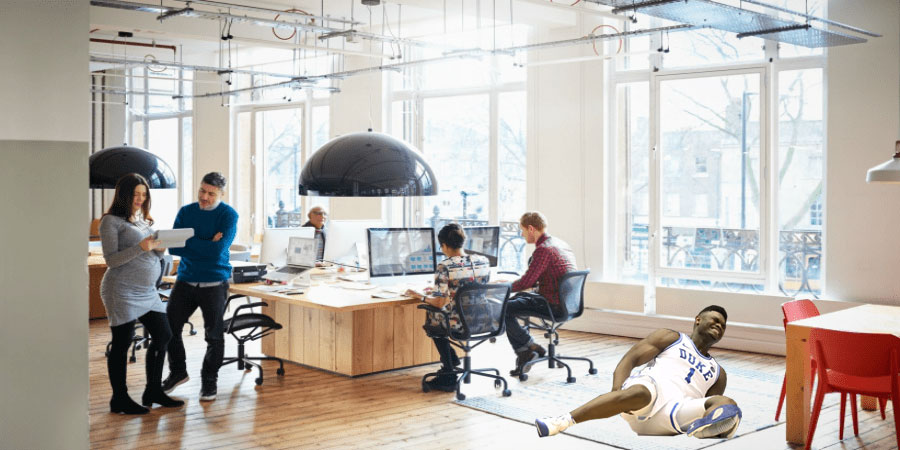 In the world of internet sports fandom analysis, every sport’s offseason is often pocked with discussions on the player(s) that everyone’s favorite teams should want to acquire, whether it’s through a trade or free agency.  It’s a thankless and pointless black hole of exercises, because in the grand spectrum of things, the chances of a professional sporting franchise actually utilizing the opinions of a bunch of internet armchair general manager tough guys is probably pretty slim, and what it really amounts to is a bunch of dudes on the internet vying to see who might actually be right about theories or predictions.

Among one of the more predominant tropes of internet sports arguing is the dreaded injury risk player.  As the name insinuates, these are professional athletes who have a reputation of getting injured frequently, and therefore not capable of playing the kids games in which they’re contracted for large sums of money to perform.  These are often times players capable of above average talent when they’re healthy, but the constant fear of them getting hurt and providing zero ROI is significant of a deterrent to actually jeopardize their employment chances.

A good example of an injury risk player is linebacker Jadeveon Clowney.  This guy is an absolute monster defenseman who is capable of altering an opponent’s entire offensive scheme just to mitigate his impact; that is, when he’s actually playing, and not on injured reserve, nursing a laundry list of injuries throughout his seven year career that’s enabled him to play a full 16-game season only once.

Pitcher Stephen Strasburg is also another good example, as sure, he’s helped the Nationals win a World Series sure, but from a business standpoint, the guy isn’t glass fragile as he once was, but can be assured to miss at least a month every single season with some sort of really questionable (pussy) injuries.  He’s made 30 starts in a season just three times in his eleven year career, and someone I’d definitely classify as an injury risk player.

The thing is, sports aren’t the only arena in which injury risk people exist.  Frankly, if you think about what professional sports are, they’re jobs, places of employment.  Just like businesses like Target, Chick Fil-A, or Ikea.  Just like places of employment like AT&T, Wells Fargo, Blue Cross Blue Shield, AutoTrader.  They’re businesses where the people that work there are on teams, and are individual contributors.  And when you boil it down to such raw components, there’s not really that much different between professional athletes and people who work in corporate America.

That all said, let’s get down to it: injury risks are everywhere, and if you’re reading this, you can probably think of one or two that exist in your own working life.  Hell, you might be the injury risk player for your team of employment.  I most certainly am not the injury risk of my team of employment, because I have an old school mentality of being a tough motherfucker who shows up to work every day and is very staunch and resistant to use sick time unless it’s very necessary, or in one aspect where I’ve changed, if I’m a jeopardy to the health of those whom might be around me.

Anyway, if it’s not clear to what spawned this brog post, it’s the fact that there’s an injury risk player on my team.  On a personal level, they are perfectly good people, and I like them.  We shoot the shit about college football occasionally, and they’ve got a decent wit.  But that doesn’t change the fact that almost on a weekly basis, there’s always something that comes up, that they need to burn a sick day, or say they need to lie down/snooze for a little bit longer, or some reason why they need to not be in the game, during game time.  I realize that this person is basically, an injury risk to my particular place of employment.

When they go down, production is slowed, as their subordinates and counterparts have to scramble a little bit to fill in the gaps of their absence.  The work always gets done, but not without the elevation of effort from others, when they themselves should be the ones doing it, but that’s what injury risks are – hampering towards the greater team goals.

Like I said, I imagine anyone reading this knows an injury risk or several at their own places of work.  It has no bearing on their personalities, their likeability or their conduct in our out of the workplace, but at some point, their frequent absenteeism becomes a nuisance, and unlike in the world of sports, most workplaces can’t really bullshit their way to justify cutting them loose.  But if appropriate background checks were ever conducted by employers, I’d like to hypothesize that a worker’s injury history would be useful at determining whether or not a potential hire would be genuinely an asset, or someone who could potentially hamper a team with their constant ailments.  If I were ever a big mean boss, I’d like to think that I’d consider such things when it came to assembling a team.