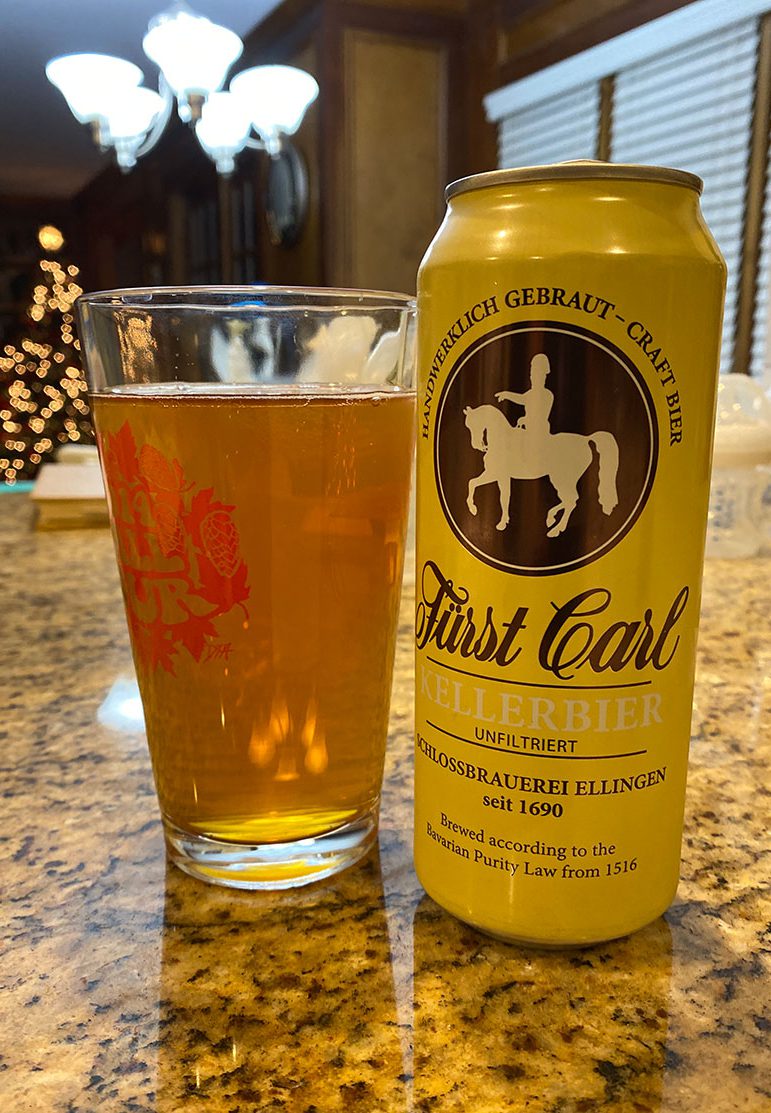 I don’t really care how it’s actually pronounced in Deutsch, it’s “First Carl” as far as I’m concerned.  Which then makes me think about Carl from The Walking Dead and how Rick always called him “Coral” because his mouth was trying so hard to overcompensate for his cockney accent and go full Georgia southern instead.  So First Coral this was.

It’s called a kellerbier, which I don’t really know what that actually means, but when I visited Germany, mythical then-gf and I went to a few wine kellers, which I suppose is the English equivalent to “cellar” so if I had to make some sort of assumption First Coral is what the Germans would call a celler beer.

Whatever though, to cut to the chase, this was a very pleasant beer.  Definitely better than the one from yesterday, and good to know that the too-short trend after just two days is that things are going upwards in terms of quality.  A nice amber color, pleasant aroma, and a full flavor that didn’t feel as abrupt as the one from yesterday, nor does it have too much of a powerful aftertaste that I have to stop for a full minute before I take the next pull, so I can enjoy every gulp of it.

Also, a nice spicy flavor if that’s a description worth sharing.

I also just so happened to be having a slice of leftover pumpkin pie from Thanksgiving, and it just so perfectly paired up with First Coral, because of their common general spiciness about them.  Maybe that’s a little bit of a stretch just so I could use the words First Coral again, but no really, this actually did go pleasantly well with pumpkin pie.

Overall First Coral was pretty good, and definitely keeps me motivated to keep writing about beer like the who-gives-a-fuck novice to the scene that knows what he likes and isn’t all about caring about the granular ratings people like the ones on Untappd give them.