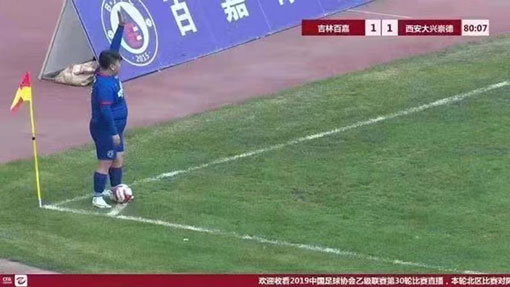 It’s no secret in the world that nepotism runs rampant in the world, and it’s bad enough when you’re in out in said world and people are always trying to use the phrase “it’s who you know..” when referring to the perceived advantages some people get over others, regardless of their merit, qualifications or deservedness, and it’s even worse when you find out that there are people in positions of note, that just so happen to be related to people in even higher positions in the world.

But as obvious as nepotism is in the world, at least in places like America, as third-world of a place we are here, people still try to pretend like nepotism isn’t an issue.  The relatives of those in a place of power at least try to bring some degree of experience, or potential sense of belonging when they try to capitalize on their familial connections.

Well that kind of shit doesn’t fly as much overseas, especially in a place like China, with this particular example being dead eye obvious to the concept of nepotism: a wealthy businessman purchases some semi-pro/minor league soccer club, and then demands that the coach plays his son… his 126 kg son (278 lbs.).

I mean the picture above says everything that needs to be said about this whole situation.  Yes, the boy is quite rotund and looks like he should have no business being on a soccer field, but what if he was really just the living embodiment of a troll customized character from an EA Sports game where they were made deliberately fat but had a 99 rating in every attribute?

The son’s personal highlights from the game he was in finishes the painting of the picture to those whom might think that he was potentially a lion in elephant’s clothing, and the best part was the ending to the clip.

The point is, god bless China, because it’s one of the cultures out there with the technological means to broadcast their examples of their archaic, sexist preferential treatment of little prince first sons, even if it means putting them into scenarios where they have to know the rest of the world is going to laugh at if they ever catch wind of it.