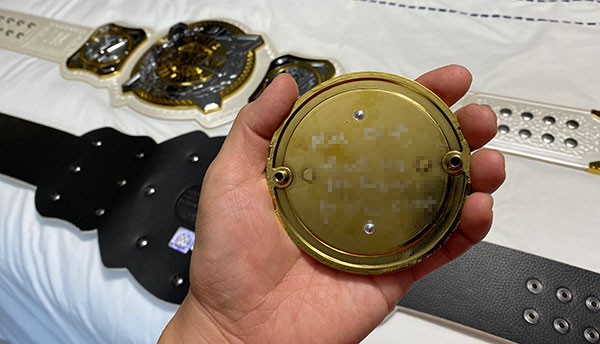 Not that I would’ve had any objection to have had a son, I low-key was hoping for a second daughter, for the explicit purpose that I could purchase a set of women’s tag team championship blets for my two daughters to become the lifelong tag team partners they were meant to be.

Anyone who’s seen the modest gender reveal video my wife and I did with a balloon filled with blue or pink confetti, when we popped the balloon and pink confetti rained over my kitchen, you better believe that within at least 3-4 minutes, my mind was already thinking about the tag team blets that I would have to inevitably get for my girls.

It took a few months, but I just so happened to be vigilantly on watch when the day came where the WWEshop dropped these specific blets to the price threshold I was awaiting them to hit before pulling the trigger.  I couldn’t have been more excited when they arrived, and not just because they made mythical wife’s eyes roll like Marble Madness.

Y’see, there actually was an endgame in mind for these blets, and I’m going to share it here, because it’s really going to be a toss-up if my brog lasts long enough for my kids to eventually read this, and that’s even if they’re even remotely curious to want read about dad’s online dear diary for the better part of what will probably be like 35-40 years old by the time they might be curious. 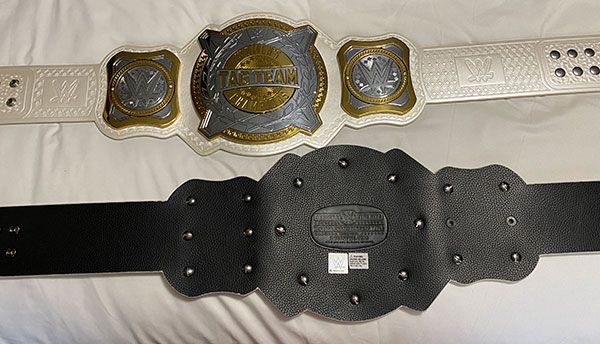 But what I really wanted to do with these blets, was to leave easter eggs of hidden messages for each of my daughters, behind the detachable side plates, and hopefully one day, my girls will want their blets in their own rooms to keep as their own property, and maybe take them with them when they inevitably leave the nest, all the while, some small words of love from their dad will be on them all the while.

What will really be the mystery in the future is whether or not the girls will ever find these messages.  I have no intention of telling them unless I were maybe dying or something, and even then there’s no guarantee that I’d do it.  Unless mythical wife whom I’m not even entirely sure reads my shit, gives them a hint in the future maybe, or if by some osmosis, one or both of them voluntarily becomes wrestling fans themselves, to where they want to get custom side plates of their favorite wrestler(s), and then accidentally find the messages when making the swap. 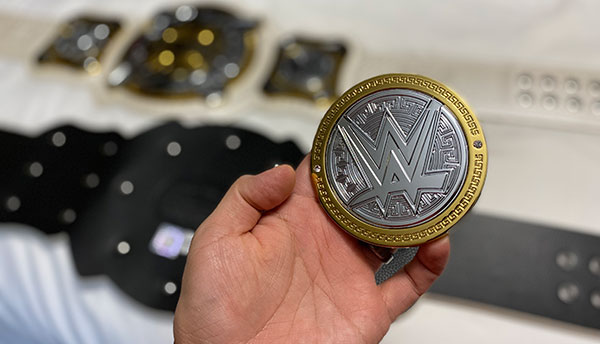 Who really knows, though.  I just wanted to be able to make sure that hopefully my girls will have a small written love note from dad with them throughout their lives, whether or not they discover them, is wholly irrelevant.

One thing is certain though, and which will hopefully discourage them from hocking them on eBay or giving them away, is that I’ve decided that every single Father’s Day, I want a picture with my daughters with them holding their blets with dear ol’ dad.  Oh, some years they’ll fucking hate it, and hopefully as they age and become the beauties their mom has set them up to be, they’ll enjoy it more, and I can’t wait until I’m like 81 with four decades worth of a time-lapse series, and the equivalent of BuzzFeed or the Huffington Post in the future will eat this shit up.