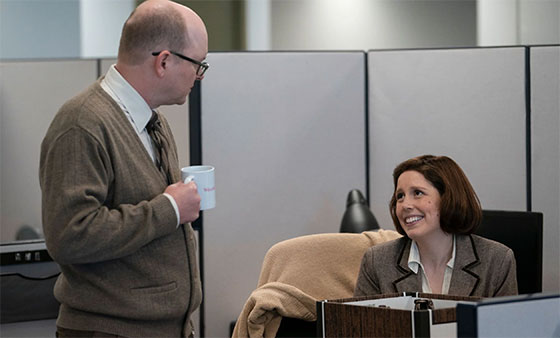 Since starting my new job, things haven’t been easy.  I was provided the wrong laptop from the very start, which inhibited my ability to do the core of my work functions from the onset.  My household also (likely) contracted the ‘Rona, which I’ve already said my piece about multiple times already, but I didn’t want to bring that up just when I was starting my new job, fortunately everything’s been remote still to this point.

Then, there was the bullet I realized that I had avoided from the old job with numerous of my former colleagues and reports getting axed that fucked my head up, because I’ve come to the realization that my shitty old boss knew this was coming and had been planning for this for a while, and I just so happened to have gotten out before the hammer fell, but it doesn’t change the fact that I have survivor’s guilt as well as feel like some of my old reports are accusing me of knowing it was coming and not telling them, which couldn’t be any further from the truth.

More recently, I’ve found out that my dog has cancer, and until I get an ultrasound, won’t really know the full extent of what we’re dealing with, but given the fact that he’s like 16 years old, things aren’t looking too optimistic right now.

All while my second child is still a living nightmare when it comes to sleeping, as it’s feeling nigh impossible to put her down for naps while I’m on the clock at work, and I can’t expect my nanny to handle the two under two remotely competently without compromising the care on one of them.

Needless to say, things have been pretty rough on my side, while I’m on the clock, but the difference now is that I’m the new guy at a job I’ve just started, versus being the guy on his way out of a job I couldn’t wait to get the fuck out of.  My flakiness now, I give a shit about, and feel like shit that I’m being flaky, because my head’s not on straight because of all the bullshit going on and/or my youngest being a gargantuan cockblock for my ability to work, because there’s no way I can concentrate on work when she’s screaming bloody murder instead of taking a fucking nap.

My new boss is chill, and probably would be understanding to some of the shit I’m going through, seeing as she has children and dogs, and clearly isn’t the micromanager that has it out for me in the first place.  But at the same time, I don’t want to unload all this baggage when I haven’t even completed my first month with the company.

Although I’m sure I would be okay and probably get some leniency and empathy, I just don’t want to be like the emotional vampire from What We Do In the Shadows, the girl who was Colin Robinson’s office rival-then-fling, who always had some unfortunate shit happening to her, so she could siphon off the emotional energy of all the people in the office.  Because that’s what I feel like I would be, if I would make too much of my bullshit known, and I don’t want to give that off, when I’m still in the stage where I’m still making first impressions everywhere I go.

But it really does suck just how inhibited I am sometimes while I’m on the clock, because I really do want to hit the ground running and do better than I feel I’m doing now.  Ironically, as much as I don’t want to go back in to the office, I feel like my productivity has a ceiling while I’m at home, and if I really want to shine at new job, I think I’m going to eventually have to embrace the need to go back.