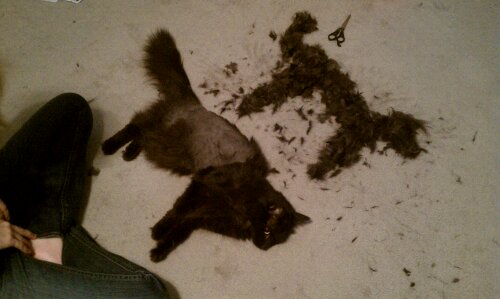 When I actually have had the opportunity to see my own website, it hasn’t gone past me that the last time I posted anything was six days ago.  Considering the earnest effort I’ve put into being a somewhat consistent brogger, six days is a fairly considerable length of time, given the fact that in the old iteration of things, I used to mostly post maybe once a month in the worst of times.

The simple fact has been that I’ve been busy working.  Which, given the current state of me, is a very good thing; long story short, I’m pretty hurting right now in the wallet.  A dry spell on the freelance front, as well as yet another change of the mortgage lender (and their subsequent payment policies) has me playing a lot closer to the heart than I have done in over two years.  So, I’m not complaining that I’ve turned in a solid 41-hour work week, and am going to do as many hours as I can this week, even with Dragon-con looming ahead this weekend, even if it more or less means that I haven’t had much time to keep up with my writing.

When I haven’t been working, I haven’t really done a whole lot since last week.  It’s more or less been the same old on a regular basis – wake up, run, lift weights, shower, eat cereal, go to work, work, come home, eat dinner, play Left 4 Dead, go to bed.  Every now and then, I’ve watched some baseball, or watched some other show, but not a whole lot else.  What can I say, I’ve been boring lately; given the financial woes, I’m finding it best to be a little dormant.

But anyway, since I had a somewhat passable time last year, I’m actually looking forward to Dragon-con this year.  Like last year, more or less plan on showing up to the convention in the evenings, and loitering around the lobby of the Marriott.  I will likely do a good bit of drinking out of a glass boot, possibly carry around a wrestling title belt, and hope to see some familiar faces, friends, acquaintances, Miranda Lawsons, Jill Valentines, Kelly Chambers, other hot chicks, and funny costumes that remind me of my childhood and/or better times.

Hopefully, as things settle down after the convention and this work schedule, I will get back to doing some more regular writing; admittedly, I have a few ideas of things I’d like to write, but just can’t quite seem the time to make things work.  If and when things get worse financially, there are bound to be thousands of words to be unleashed when I go into full financial stay-at-home lockdown mode.  But until then, it’s back to being busy, poorly multi-tasking, being social and shit, and not writing.