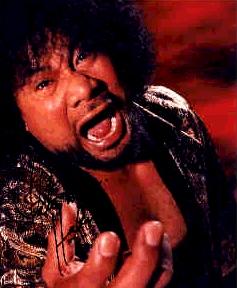 As of now, I’ve read no less than three books that have all attested to the simplest fact that the toughest man on the face of the planet is former wrestler, Haku.

The assessment is always the same too; he’s one of the most gentle, kindest people on the face of the planet, but the problem is that he’s a giant, scary looking Tongan man, whom back in the day when wrestling was ambiguous, people at bars kept seeing him as an easy mark to test their own toughness against.  And when other people started fights, Haku always, always finished them.

The details are borderline insane to scary.  He’s bitten a man’s nose off.  He’s broken police handcuffs.  He shook off mace, he inhaled pepper spray.  He’s ripped off ears, gauged out eyes, and in one testament, fish hooked a police officer who tried to detain him, and literally ripped his cheek open.  Clearly, he’s been arrested numerous times, but in an age when wrestlers were obligated to “protect the business,” it’s amazing that people continued to think it was fake when Haku was pretty much literally ripping people apart.