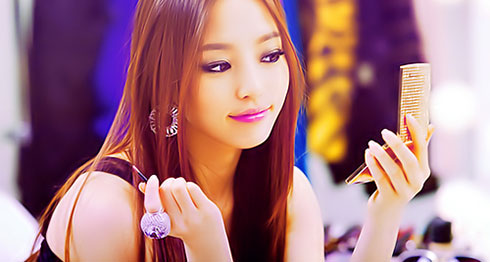 My mom’s convinced that at some point, I promised her that I would marry a Korean girl by the age of 30.  I can’t really say I recollect making such a ludicrous promise, but regardless my mom badgers me about it just about every time we speak on the phone.  She knows that I’m not really into Korean chicks let alone Asian chicks in general; all jokes aside about me being Korean as burritos are, and being an mega-Twinkie/banana, I’m just not.  Maybe the right one(s) has never come along to spark any interest, and break the walls, or maybe it’s the fact that I grew up surrounded by Korean women, so it’s like this awkward family complex I have towards other Korean girls in general.

No matter, she gives me the old-world spiel about how she wants to see me get married to a Korean girl before, of course, she dies.  Obviously no good son really wants to see his mother die at any point at all, but we’ve had discussions before on the importance of her happiness for her, and my happiness for myself.  Clearly, there’s a conflict of interest here.  She wants a Korean daughter-in-law that will birth my heir and give her yet more grandchildren, and then become a subservient caregiver while she lives out the rest of her lives in my home, or something along those lines, right out a circa-1990s Korean drama VHS tape that Korean moms and grandmas would trade and rent and watch for endless hours.

During one of our more recent conversations, I asked my mom how she’d feel if I found a Korean girl I could trust to not bleed me, or probably, necessitate signing a pre-nuptial, and went all Britney Spears, and had a farce of a marriage that lasted like two days, but most importantly, my mom could witness what she wanted; me getting married to a Korean girl.  I can’t remember the exact words, but it went kind of along the lines of “as long as you get married to a Korean girl and I see it happen,” so as far as I’m concerned, the idea is green-lit.

I “joke” about this, but this idea actually kind of kills two birds with one stone, as far as I’m concerned.  One, it fulfills the expectations thrust upon me by my mom.  And two, I occasionally “joke” about how I should seek and pursue a starter wife in general, because I’m jaded and I think that so many peoples’ first marriages seem to end up in shambles and ultimately divorce, because frankly the divorce rate in the country is around 40-50% depending on whom you ask.  Getting that first marriage out of the way early; well, relatively speaking, since I’m not getting any younger, but knocking it out sooner, rather than later, leaves the door open in life, to pursue the second, and hopefully last marriage that is also hopefully, more successful.  And why wouldn’t it be?  I could always use the comparisons to “the ex-wife” to satiate the newer, more appealing wife’s ego, and make me seem like some sort of monumental catch in the process.  “Oh ___, you’re way hotter than my ex-wife.  It’s no comparison.  She was such a prude/bitch/high-maintenance.  I can’t believe I was married to her.  Thank god I met you.” Etcetera, etcetera.

So there we have it.  My brilliant plan.  Now I suppose I should start putting the wheels in motion, and start putting a call out to the world that I need a Korean starter wife.  No legitimate feelings, actions, or emotions necessary, just someone I can trust for a week, someone willing to sign a pre-nup to not screw me out of my scant assets afterwards, and someone who can kiss up to my mom for a week and make her feel like I made the best decision of my life.  I’d return the favor in all aspects, naturally.