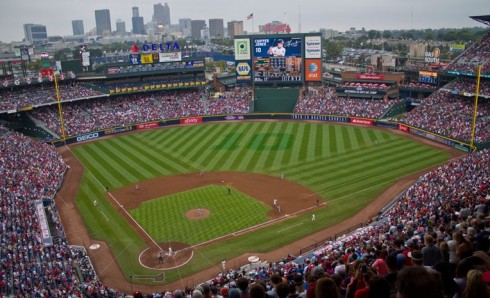 For very likely the last time in 2012, I went to Turner Field to catch a Braves game.  The Braves are guaranteed at least one playoff game next Friday, but honestly, I don’t really like the idea of going to a playoff game by myself, so I’m probably not going to go.  So as far as I’m concerned, this is probably the last time I go to Turner Field for the remainder of this year.

But anyway, this also serves as the de facto final regular-season home game for Chipper Jones, to which the crowd showed up en masse to commemorate the occasion.  I’m actually proud of the baseball fans of Atlanta for a chance, seeing as how I figured the attendance would have been above-average, but not necessarily a packed house like it ended up being, because there was a Falcons game in town at the same time.  But they showed up in great numbers, and were never not willing to stand up and cheer for Chipper Jones every single time he stepped up to the plate, or made a good defensive play.  It’s nice to know that there are plenty of other people out there that genuinely seem to appreciate the career of Chipper Jones.