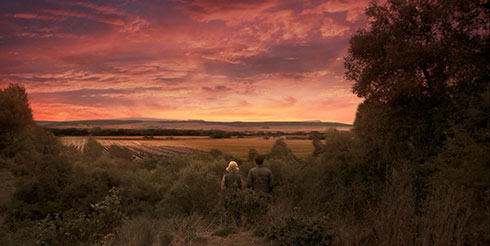 Not to sound like too typical of a pessimistic Debbie-downing wet blanket, but it’s not often that I’m actually “happy” happy.  Happiness is more or less pretty fleeting to me; things make me happy, but it’s like getting the star in Mario; it lasts for a little bit, but eventually fades away, and then I’m just in a place slightly above neutral.  Eating a really good meal makes me happy.  Having an invigorating and productive workout makes me happy.  Seeing someone actually get pulled over in the HOV lane makes me happy.  Bettering a Varus/Blitz duo played by douchebags makes me happy.  And so forth; none of these things are genuinely major events, but for what they’re worth they all make me happy.

Honestly, I can’t remember the last time I was genuinely happy-all-smiles-uncharacteristically-generous kind of happy for any prolonged period of time, but I’m not entirely sure that many people are generally disposed for that kind of behavior.

Anyway, I’ve found something that I can add to the list: Parks and Recreation.  In the past, I’ve seen a few fleeting episodes here and there, but mostly because people I know were already fans, and were trying to get me into it by playing a random episode late into the series.  It wasn’t bad, but not having seen the show from the start and having an understanding of the character dynamics, it wasn’t something I got into.  I didn’t hate it by any means, but until I took the time to sit down and watch from the start, I probably would never really like it.

Throughout the last two weeks, I’ve been chipping through the 68 episodes available on Netflix, and I have to say that through the first 38 episodes, it’s easily one of the best shows I’ve watched in quite some time.  Over the holiday break, I LITRALLY. Stayed up until 3:30 a.m. for two nights watching Parks and Rec, because I frankly couldn’t stop myself.

The show makes me happy, simply put.  I find myself often smiling at the clever wit of the show, and the great character dynamic and interaction that apparently gets better as the show progresses and the performers grow more comfortable with familiarity with one another.  All the characters are wonderful, and there aren’t really any of them in which I dread seeing on screen.   The little reoccurring jokes, like tormenting Jerry often get me to laugh out loud.  But the best parts of the show are always those shit-got-real moments, when the tone goes from whimsical to slightly deeper with conviction when characters demonstrate their genuine feelings and loyalties.

And maybe it’s just me, but I have to think that it’s probably impossible for any man and most women to not have somewhat of a crush or fall in love with Leslie Knope.  The character is brilliant, because she’s perfect in that she’s flawed, and the bright shiny personality is just so infectious. But she has iron clad morals and convictions that not only win over the people of Pawnee, but viewers like me.

As much as I look forward to more marathons of Parks and Rec, I know eventually I’m going to catch up to the 68 available episodes, and then I’m going to hit a point where the happiness stops, and like all other existing Parks and Rec fans, be relegated to waiting to DVR the more current episodes as they come out.  But when it comes to things I enjoy, I don’t want to wait too long, so I don’t really see any other choice than diving right in and blowing through the remainder of the episodes, because frankly they make me happy.