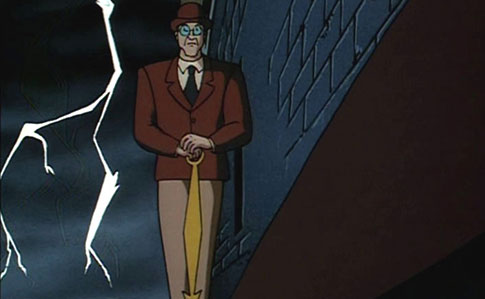 This statement implies that the vast majority of times, things are not going the way they are supposed to, and that things are not always running smoothly, because I am not happy on a more regular basis.

Case in point: just the other night, I had a sequence of tasks planned: stop at Goodwill and drop off donation bags, eat BBQ, clean house.  Simple enough.  I get to Goodwill well within business hours, but the doors are locked and there’s a handwritten note on the door saying “BACK IN 15 MIN” as if it were a fucking lemonade stand.  I didn’t even wait 15 seconds before I left, feeling disgusted at the simple fact that there were people so incapable of doing their menial job, that they had to close shop temporarily.  As a result of this component not going the way it was supposed to go, the remainder of my tasks had to be altered somewhat, and my agenda post-errands were delayed by 15 minutes.

15 minutes doesn’t sound like a whole lot of time, but I fucking treasure my time.  That was 15 minutes I could have spent getting ahead of schedule, so that I could have more time for myself later on.  15 minutes of extra sleep in the morning goes a long way throughout the course of a day.

Just this morning, I had to sit at an intersection and watch two green lights pass, because the street ahead of me was completely blocked off by three food delivery semis that were incapable of communicating and getting into positions to where they were no longer obstructing traffic outright.  I was delayed for five minutes, but that’s five minutes of my time that could be crucial in getting my parking spot before the asshole in the Saturn Vue gets it, or five minutes in beating the college kids and the stiffs in suits to Starbucks and not having to wait in a 30-person line.  But most importantly, it was five minutes of my time, wasted.

The bottom line is that it’s way too often that, not just my time is being wasted, but time everywhere, is being wasted, because there are simply way too many incompetent people out there.  All over the place are people working jobs at a level below-par, but for whatever reason that is accepted.  Ironically, it typically means that their below-par performance was the lesser of all the other candidates who would have been performing way-below-par in comparison.  Regardless, it means that the employer was too lazy and didn’t search hard enough for the right candidate, and simply employed someone with known shortcomings.

When did society become so accepting of shortcomings?  I know we as human beings are not perfect, but apparently, it IS too much to ask that people perform their jobs at even the bare minimum of expectations.  It’s like Office Space, at the restaurant Chotchkies; 25 pieces of flair is the minimum, but on a regular basis, servers are dragging their feet around the joint with 20.  If the restaurant were staffed by eight Brians with their 38 pieces of flair apiece and great smiles, it would probably be the most efficiently run and well-oiled machine on the planet.

I think back to the Batman the Animated Series, which is often the case, because that show really is kind like the bible, based on its ability to relate to almost all of life’s issues.  But I have to question the idea that the Clock King was a villain at all.

He was just a man who was very efficient with his time and got some bad advice from the mayor to alter his structured schedule just enough to fall into an unfortunate string of worst-case scenarios which was more than enough to push a guy over the edge, when it ultimately culminated with him losing his company and going bankrupt.

He becomes the Clock King to get back at those way less competent than he is, and to fight the daily injustice that is wasted time.  And the best part is that he has absolutely zero powers of any unnatural sort, and is completely capable of neutralizing Batman’s attempts to stop him for the better part of an entire episode by using nothing but his knowledge of schedules.  Think about that for a second, the mighty and all-knowing detective Batman, is incapable of apprehending the Clock King at one instance, because the Clock King is innately aware that a train is always two minutes late, and makes a Hail Mary jump off a bridge at the precise moment to land on the oncoming train and get away.

His knowledge of time and ability to adhere to schedules makes him a match for fucking Batman.  A guy with great time management skills is able to get away from Batman.  Now THAT is a prime example of how incompetence is too commonplace and accepted.

The bottom line is that the Clock King is no villain; he should be revered as a fucking hero.  If more people operated like the Clock King, there wouldn’t be any need for crime, because with everyone working so efficiently and to expectation, then everyone is doing their jobs and earning their keep.  Nobody gets disgruntled because everyone is pulling their equal weight, and therefore everyone is making what they are paid to do.  The world has less stress because everyone is efficient with their actions, and the only discrepancies in time are when people are ahead of schedule.

This is the part of the post where I’d want to swear to be more like the Clock King, and that it’s my mission in life to be more efficient.  But unfortunately, the world simply doesn’t work that way, and my efficiency isn’t the thing that needs improvement.  One person can’t do the task that requires all hands on deck to dedicate to in order to make any difference.  Just because I’m good at managing my time, won’t ever mean that the retards on the roads, work ethics of those in perceived grunt work, or the people surrounding my everyday life will come close to following suit.

And sadly, the one thing that is compromised by this severely unfortunate game of numbers, is my own happiness, and the sad realization that the happiness that comes with outstanding displays of time management, will only come in short spurts, only to last temporarily, instead of being the norm.