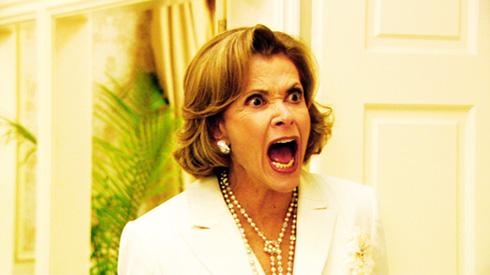 I didn’t sleep that well over the weekend.  To a degree that does not make me happy, but at the same time, I don’t necessarily feel overly exhausted or anything, so I guess it’s kind of a moot point.  Regardless, part of it had to do with my dog spazzing out and barking whenever the cats would get overly rambunctious, and in the case of last night, apparently I was having a really vivid dream, that not only continued on through three sleep interruptions, but made me feel sadistically amused to the point where I forced myself out of bed to get to my phone where I jotted down the gist of it in Notes so I could brog about it now.

I don’t even really know where to begin.  It was really off the wall and like many dreams, more or less a collision of concepts and ideas rather than a coherent plot.  But this dream centered around the fact that I had access to this magic shower stall, where soaking yourself in the water that came from it made you impervious to zombie attacks.  Capitalizing on this immunity, I unleashed zombies into my high school, where they took care of the populous, leaving the number of survivors sparse.  Apparently, I was so enamored with the magic shower, that my best friend and I took a few pictures of us in it, and for whatever reason, documented its power, and put in writing that I was the one responsible for unleashing killer zombies on the rest of the school.

Obviously, documenting my crimes and how I’m able to withstand the evil I unleashed isn’t necessarily a smart thing, but apparently in the dream, I’m back in high school again, so I clearly didn’t know what the heck I was doing.

Anyway, there’s this one kid who apparently does read my brog, and knows what we’re up to.  But because he’s a kid, other people, including his own family are skeptical of our actions.  However, the kid caught us in the act of taking our magic showers which admittedly sounds a little gay, but we survived yet another zombie holocaust as a result.  Anyway, convinced that we’re evil, the kid is able to badger his family to the point where they feel like they need to check things out with their own eyes.

So we’re hanging out in our shower stall, to prevent anyone else from getting access to it, when the kid brings his brother, sister and mother to come investigate what we’re doing.  The mother is pretty much Jessica Walter from Arrested Development. She starts grilling me about what we’re constantly doing in a shower, obviously very skeptical in the fact that we’re hanging out in a shower, and naturally I take a defensive position, because one, I’m guilty of unleashing killer zombies and two, I don’t want to give up the secrets of the magic shower.

In the back of my mind, I realize that all of my admissions of guilt are available on my brog, but realize that I still have the benefit of the doubt that nobody really believes the kid, chalking it up to outlandish childish stories.  I’m trying to buy time by just arguing with Jessica Walter and her kids, to get them out of my hair for five minutes to where I could then get to a computer and delete my post about the magic shower and the zombies.  I am indignant and vulgar, and cursing these people out without abandon, trying to exasperate or appall them into leaving us alone.  All while standing in a shower.

I’m getting tired of Jessica Walter continuing to badger me about my actions, so I basically shut her up and tell her that I am getting tired of her questions, and that if she doesn’t get to the fucking point of her visit, that I’m going to have to ask her to leave.  Apparently, it wasn’t just her kid’s outlandish claims that I was responsible for the zombie-related deaths at school, but the fact that I was being considered for valedictorian. But she really questioned my legitimacy as a valedictorian based on the fact that someone hanging out in a shower all day is kind of a weirdo and it could compromise the integrity of the title of valedictorian.

It was at this point that I flipped the straw man argument back onto Jessica Walter, and accused her of being judgmental and putting “irrelevant” factors like hanging out in a shower all day into unnecessary play in something inapplicable like selecting a valedictorian.  I say that I know I’m kind of an eccentric and weird individual, but I like hanging out in a shower, because it keeps my feet cool.  It was at this point, where I didn’t let her rebuke this remark and simply explained to her that I do not welcome her into my home, and that I want her and her stupid family to get the fuck off my property before I called the cops.

Finally broken, Jessica Walter’s jaw drops, and it sinks into her dense skull that she needs to leave, and take her family with her.  With the family now gone, I make a mad dash to a computer, where I can take the post with all the evidence against me down from my brog.

It’s at this point my dog starts barking again, waking me up.  It’s not so much the fact that there were zombies, and a magic shower, but the gratifying takeaway from this entire episode is the fact that I’m yelling vulgarities and cussing like a sailor at people of varying ages from the stupid kid all the way to his mother.

According to the Notes document on my phone, I decided to jot down the plot of this dream at 4:41 a.m.; I may not have slept well this weekend, but at least I was thoroughly entertained when I did.